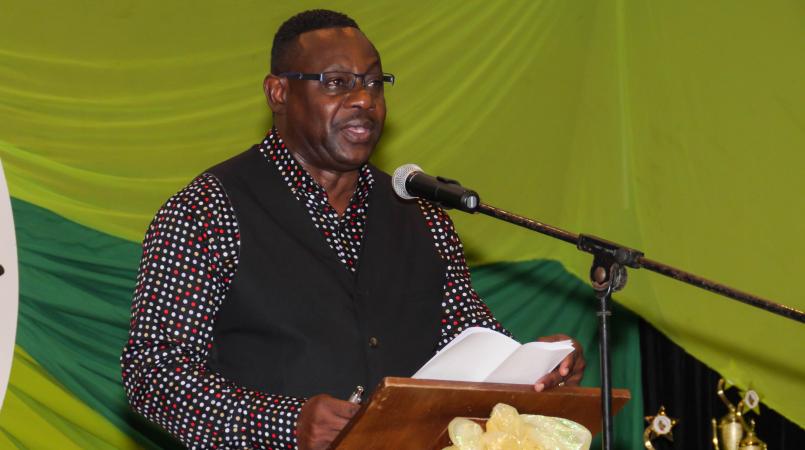 Barbados continues to take its responsibility to ensure that conventions relating to the prevention, punishment and eradication of violence against women are adhered to.

Minister of Social Care, Constituency Empowerment and Community Development. Steven Blackett says the country has been involved in dialogue at the international level on the issue of violence against women.

Blackett said that these efforts are in order to define regional priorities for Latin America and the Caribbean in the areas of policy formulation, interventions for the prevention and reduction of exposure to intimate partner violence, share best practices in policy, programming and research methods; and consolidate a regional network of partners in the Governments in Latin America and the Caribbean.

He was speaking at yesterday's Launch of DECIDES CARIBBEAN – Cultural Rights to Foster Behavioural Changes and Women’s Empowerment against Domestic Violence in Barbados and the Eastern Caribbean held at the Radisson Aquatica Resort.

He says the Ministry has been at the forefront of the fight against Domestic Violence and has worked diligently to rid the nation of the scourge of gender-based violence, the effects of which are devastating and far-reaching on society.

"Barbados seeks not only to eradicate this scourge, but change those beliefs that promote the use of violence in solving conflict issues in any context. We are therefore mindful of the necessity to include gender issues in societal development planning if we are to achieve social equity," he said.

The issue of research he says is very important since the prevalence and incidence of domestic violence are not fully known with certainty as a result of "under-reporting and limited record keeping".

"I note that DECIDES CARIBBEAN aims at improving data collection and better knowledge of trends and key features regarding domestic violence. My Ministry therefore, welcomes collaboration with your organization in this initiative," he stated.

The Domestic Violence (Protection Orders) (Amendment) Act, 2016, which was recently passed, he said  purports to enhance the protection offered to victims of domestic violence and ensure that perpetrators are held accountable.

"The Act removes the need for the Court to consider the preservation and protection of the institution of marriage or a union other than marriage and the provision of protection and assistance to the family as a natural and fundamental group unit in society, when determining an application for a protection order," he further said.

He laud the vision of the organizers in designing the project which aims not only at contributing to the reduction of domestic violence in Barbados and the Eastern Caribbean region by promoting societal cultural changes, but also addressing the issues of sexual and reproductive health; prevention of violence against women; the promotion of social inclusion and equity among the youth and women; and cultural rights.

62 deaths due to domestic violence since 2003