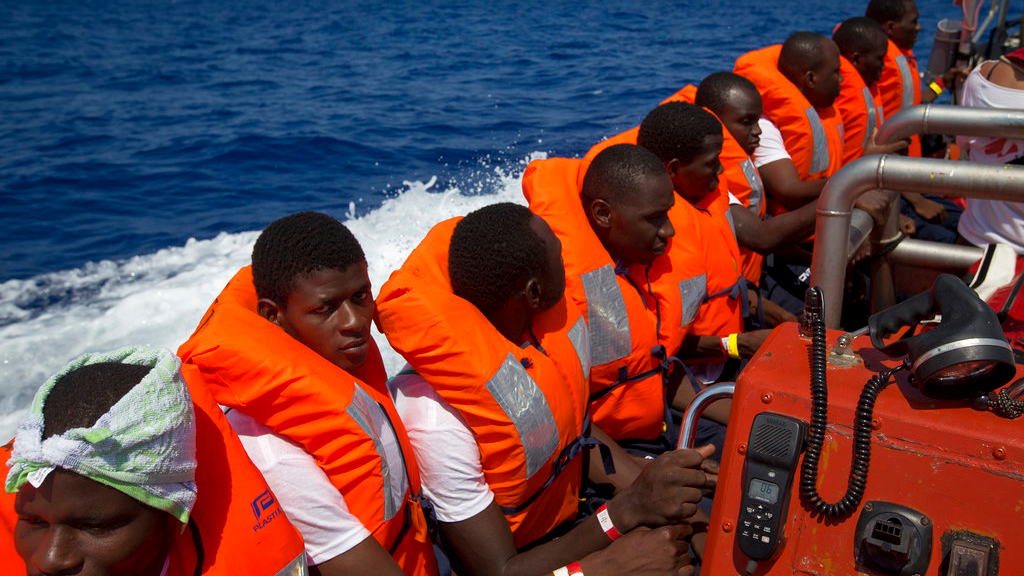 The leaders of France, Germany, Italy and Spain agreed Monday on a new policy to grant asylum to vulnerable migrants who apply for protection while in Africa instead of their destination countries.

At a Europe-Africa summit in Paris aimed at finding long-elusive solutions to illegal migration, the European leaders also agreed to help the African countries through which Europe-bound migrants usually pass with border controls.

French President Emmanuel Macron, the summit's host, called it the most effective and far-reaching migration meeting in months, though he didn't say how much the new measures would cost and many specifics remained unclear.

In a joint statement, the four leaders acknowledged the need to initiate a process in Chad and Niger that would lead to the resettlement of "particularly vulnerable migrants" in Europe.

They announced they plan to carry out "protection missions" in the African nations in cooperation with the United Nations' refugee and migration agencies.

The process would allow migrants to immigrate legally to Europe if they are on an eligibility list provided by the UN refugee agency and registered with authorities in Niger and Chad.

The pre-asylum centers would receive European financing, according to a top French diplomat. The official, in keeping with French presidential policy, requested anonymity and would not provide details on the precise locations and procedures for the missions.

German Chancellor Angela Merkel said European countries must clearly define which asylum-seekers have legitimate humanitarian needs and who is fleeing poverty. She called it "very, very important" that the possibility of resettlement is coupled "with an end to illegal migration."

The African leaders at the summit — the prime minister of Libya's U.N.-backed government, Fayez Serraj, Chad's President Idriss Deby Itno and Niger's President Mahamadou Issoufou — stressed that fighting poverty must be a central part of any migration strategy. They asked for Europe's help in giving human smugglers legal ways of making money.

Issoufou said that poverty is what drives people to emigrate to Europe and into trafficking, and that it's important "to find alternatives for the smugglers to leave criminal activity," such as commerce or farming.

Helping chaotic Libya was a key part of Monday's meetings, and Serraj asked for more support to fight migrant trafficking and in monitoring his country's southern border.

Merkel said Europe also needs to "urgently" rethink its asylum system, which requires migrants to seek refugee status in the first country they reach. The requirement has put a huge burden on Greece and Italy, where waves of rickety boats carrying smuggled migrants have arrived in recent years.

Meanwhile, the interior ministers from Libya, Chad, Niger and Mali, who were meeting with Italy's interior minister in Rome on Monday, said the Paris summit's agenda "can constitute the beginning of a new relationship between Europe and Africa."

The ministers also renewed a pledge to back peace accords among Libya's southern tribes and to stress the importance of backing Libya in the creation of a border guard force.

Judge sends Indian guru to jail for 10 years for rape