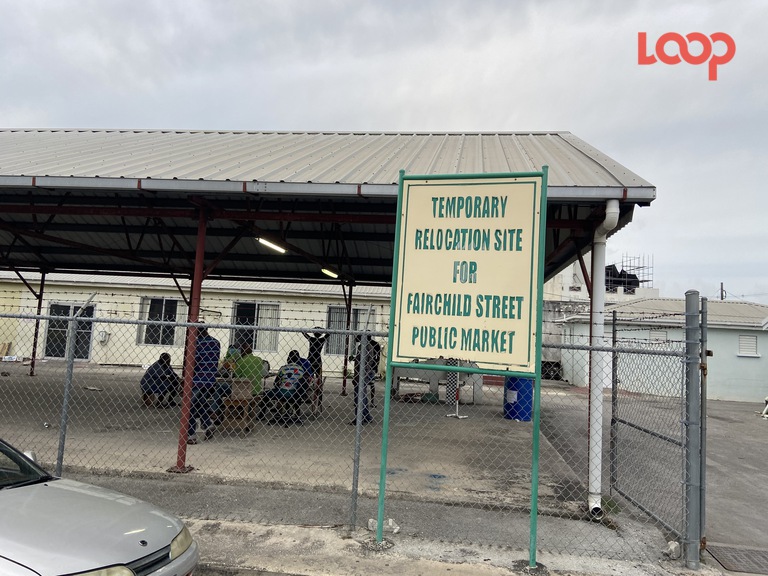 The temporary market on Probyn Street will be demolished from Monday, as part of the Bridgetown Transformation Project.

It was a bittersweet farewell yesterday for vendors who occupied stalls along Fairchild Street Bus Terminal and Golden Square, as the demolition, the old NIS Building, the Bridgetown Fire Service and the Temporary Market on Probyn Street is set to commence on Monday, February 17.

On Saturday the Ministry of Agriculture distributed government grants to the vendors who have been dislocated due to Phase One of the Bridgetown Transformation Project. It was a smooth and quick process between ministerial officials and the Bridgetown vendors. Approximately 40 vendors are set to receive compensation from Government, for the demolition work which is scheduled for a period of five weeks.

Butcher, John Clarke who was located at the temporary Probyn Street market, told Loop News he happily accepted the government grant and will be using it to invest a new business venture while construction was ongoing.

“I have plans for my money, to invest a little more because I will be home for a while so I will buy some chickens and raise them for the time being until I get a stall that I can go back and sell my meat,” Clarke said.

The 61-year-old butcher added that he was supportive of government’s plans to develop Bridgetown and noted he was excited to see the completion of the Fairchild Street Village market.

“I accepted it and will make do until they get the place ready. We live in a computer world now so we have to move on,” he continued.

Longstanding Fairchild Street Market vendor, Victor Symmonds commended government’s “thoughtful” gesture but suggested that it might not suffice for some vendors.

“Receiving the grant is a very thoughtful idea to assist the vendors in the shortfall of their earnings when they cannot apply their trade for the next five to six weeks. . . . However, it depends on is it enough because one does not know how long the project is going to go along for and then we can butt on another problem where the Government says they don’t have any more money and leave the vendors stranded where they say they can’t get their bills paid,” Symmonds contended.

He also shared his concerns that with the completion of the new market, some businesses will have to rebuild their clientele.

“I cannot wait to go into my new establishment but some people don’t like to drift away from the old environment, with the new environment you actually have to start over fresh again but if your customers are loyal to you, they will still support you but in that new venture of the Fairchild Street Market Village.”

Gooding-Edghill has words for critics against fire station's move