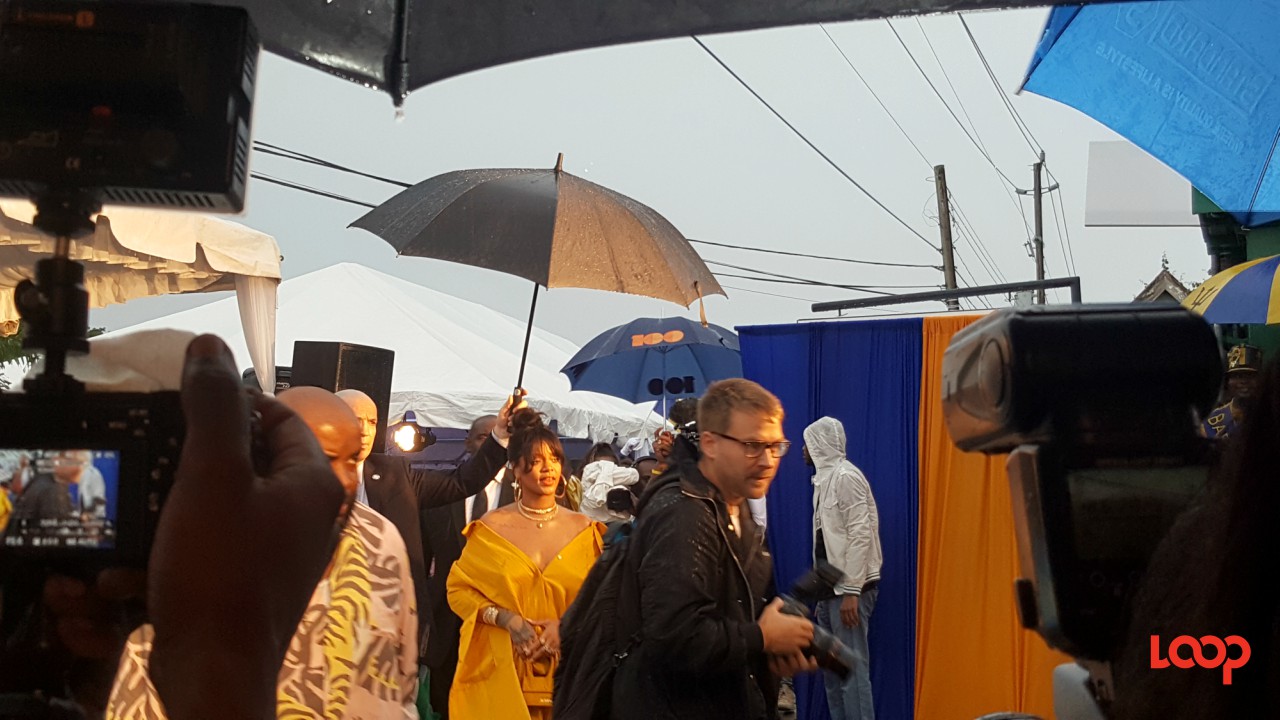 Westbury New Road is where Robyn ‘Rihanna’ Fenty, a child of faith, grew up and dreamt big dreams of one day becoming a star.

Tonight, November 30, 2017, standing beneath the street pole with a sign which once read Westbury New Road, but now reads Rihanna Drive, RiRi said, it all started here.

“I always knew it would happen, I always focused on the result, and that kind of faith, it really was just faith that childlike faith, that even now when I get a little bit discouraged or doubtful, it’s the thing that I go back to, having faith in God, like that even as a child.”

Therefore, she encouraged others to think beyond Barbados, set goals and work towards them with discipline.

She encouraged not only the people of Westbury New Road and in the neighbourhood of Westbury, but “all the people in Barbados, all the young women, and the young men who have dreams and think that the world is up against them, it is possible. So just keep believing.”

She gave special thanks to all her neighbours in Westbury New Road who had a part and hand in raising her to be the woman that she is today. She credited them for helping to shape and mould her. They say, it takes a village to raise a child; Rihanna assured that was the case for her. 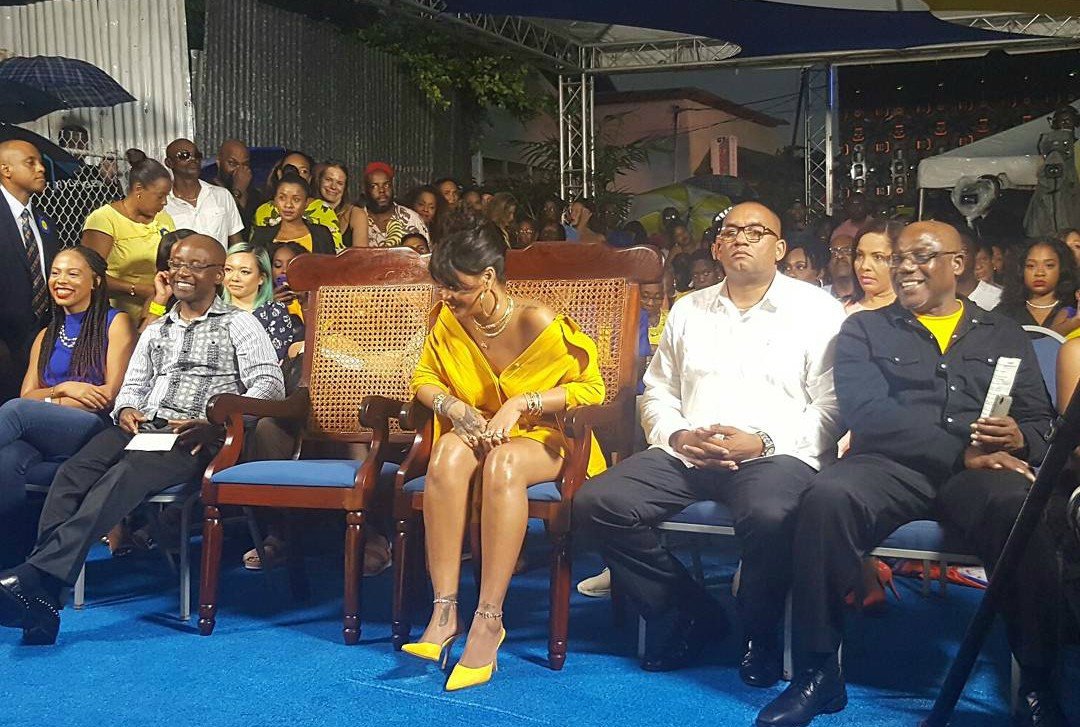 Laughing she said in her Bajan vernacular, “De discipline I have, leh me teya, you caan hide nothing in Westbury New Road, hear? You do anything, you mudda gine know before you finish doing it. So I’m very grateful for that kind of backbone, that kind of foundation…

“I couldn’t have it any better way and I believe that I was here for a reason and I want you guys to never forget that faith can go a very, very long way.”

To close, she said a heartfelt, “Thank you guys!”

Rihanna wore a yellow belted mini-dress and matching yellow stiletto pumps. She had a small yellow clutch and kept her short notes folded tiny inside. At one moment during the almost two-hour ceremony, she held her little cousin Nikolai Alleyne, who will turn two-years-old next year, and glanced back at her 'niece' Majesty numerous times. Rihanna's family was very present as her mother and father, as well as her sister, aunts and cousins sat behind her. She also had the support of her closest friends - Sonita, Leandra and Melissa, along with members of Roc Nation and other members of her entourage.

Rihanna paid keen attention during the ceremony to everything going on on stage and on the screens. She was the lady of honour and she did not miss a bit of the praise that was being showered upon her today, Independence Day.

She battled the showers to attend the ceremony and though the start was delayed by one and a half hours, she acted as though the gloomy weather couldn't dampen her spirit, just as it couldn't dull her yellow ensemble, as she sat pretty like a bright sun.