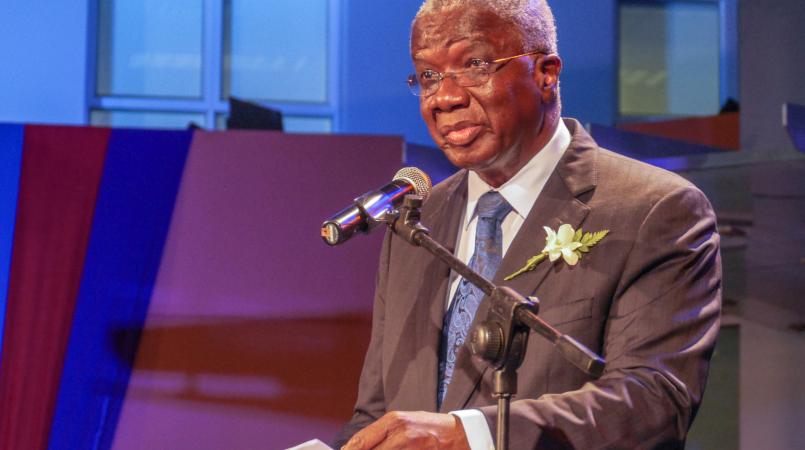 Changing family dynamics have contributed to the difficulty the State faces in satisfying the demand for housing solutions from Barbadians.

This was the contention from two Government Ministers, as they spoke in the House of Assembly on Tuesday during debate on a Resolution to vest the former site of the District “E” Police Station at Station Hill, St. Peter, in the National Housing Corporation (NHC) for the purpose of housing development.

According to Prime Minister Freundel Stuart, many were turning to the Government for housing due to a breakdown in family relationships.

Contending that “a strange trend has been developing in Barbados”, the PM said mothers were asking their young daughters who have children to leave the house because “they can’t cope with the noise the children are making anymore.”

He said, as a result, these young women are coming to the NHC for help, adding:

“Most of them are unemployed, with deadbeat fathers, large numbers of children and the only place they can turn is to the State and the National Housing Corporation has been put under enormous pressure as a result of that.”

Meanwhile, Cabinet Minister, Donville Inniss, said that rather than reconciling after a family dispute, some people are instead seeking NHC housing.

“We have a situation where you have children who live at their parents’ [and] they get in a noise – it may be one over the issue of the boyfriend you got, the girlfriend you got, the attitude, the time you’re coming in… and you get vex with your parents and then feel that you, therefore, need to get a piece of the rock.

“The belief then is that National Housing should provide your housing. No! I feel you should go and apologise to your mother for your bad behaviour… and not feel that you should therefore become a burden to the State because you can’t get along with your mother and your father.”

However, Opposition MP Santia Bradshaw, argued that these actions are symptoms of systemic problems at the National Housing Corporation and that the DLP administration is "out of its depth" in understanding the housing challenges facing Barbadians.

She highlighted that there has been little development in several housing estates built decades ago, that are now overcrowded with several generations sharing units designed for two persons.

She and other MPs on the Opposition benches also noted that long waits for NHC units have also contributed to the frustrations of persons seeking housing solutions.

In his contribution, Opposition MP Kerrie Symmonds, noted persons have been on waiting lists for more than 20 years and cannot track their applications.

He insisted, “There must be an opportunity for people to have access to information and data that impacts on their day-to-day living… [If not] You’re just asking for people to put their lives on pause indefinitely and that cannot be fair to the people that we represent!”