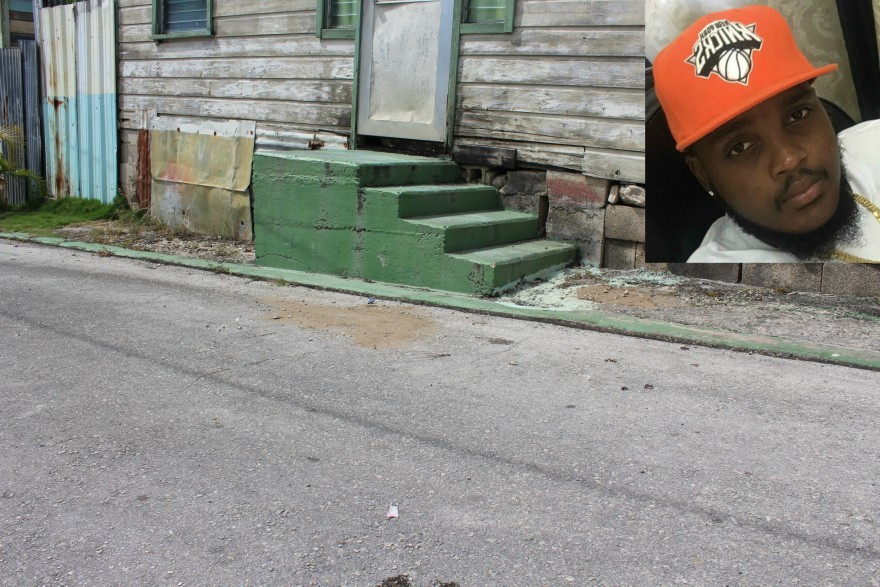 Shaquille Toppin (inset) was shot and killed a short distance away from his home on Tuesday night.

What was intended to be a casual evening of "liming with friends", turned into tragedy for a St. Michael family.

Now the mother of Barbados’ first murder victim for 2019, Pollinea Gibson-Toppin, is calling for justice for her son, Shaquille Toppin.

The 24-year-old resident of Retreat Terrace in Black Rock was gunned down around 9:55 pm on Tuesday night, right outside his home and the business where he operated as a tattoo artist for the last five years.

When Loop News visited the community on Wednesday, friends and family gathered to share memories of Toppin, who was described as a people’s person and a determined businessman.

Gibson-Toppin told Loop News she saw her son moments before he was shot as he had made a quick stop at home with the intention of returning outside to meet-up with friends.

She said it was shortly after that she heard multiple gunshots, forcing her and her daughter to take cover on the floor of the family home. She was then alerted by a neighbour that her son had been shot and was lying in the road.

He was transported to the Queen Elizabeth Hospital (QEH) by private vehicle where he was later pronounced dead.

“I used to hear about people losing their children but I never thought it would come right to my doorstep. Them take my child from me,” Gibson-Toppin said while in tears.

She said she had trained her son from an early age to stay away from bad company.

“He don’t like trouble, he don’t like problems and he don’t like negativity. He used to tell me ‘mummy you know how much things I walk away from because of you’. That was the sort of person he was.”

Gibson-Toppin described her son as a “real gem” who she said worked hard to establish himself as a professional tattoo artist.

The distraught mother said she is confident justice will prevail and those responsible for Toppin’s death will be apprehended by police.