Skip to main content
Breaking News |
PM Browne: We can fix it! If LIAT is reorganised it can be saved
Man pronounced dead at Baywoods scene
Minister reaches 'gentlemen's agreement' with dumpers as a warning
1st Test: England crawl to 54-run lead vs West Indies at tea
Update: 12 more samples sent for COVID-19 testing
PM Rowley proposes community conversations on statue removals in T&T
VIDEO: 33 Electric buses with Wi-Fi, accessible for the disabled
Will pushes Jada to admit what she had with August was a relationship
Caribbean Airlines warns passengers: No mask, no boarding
West Indies take 31-run lead over England in first test 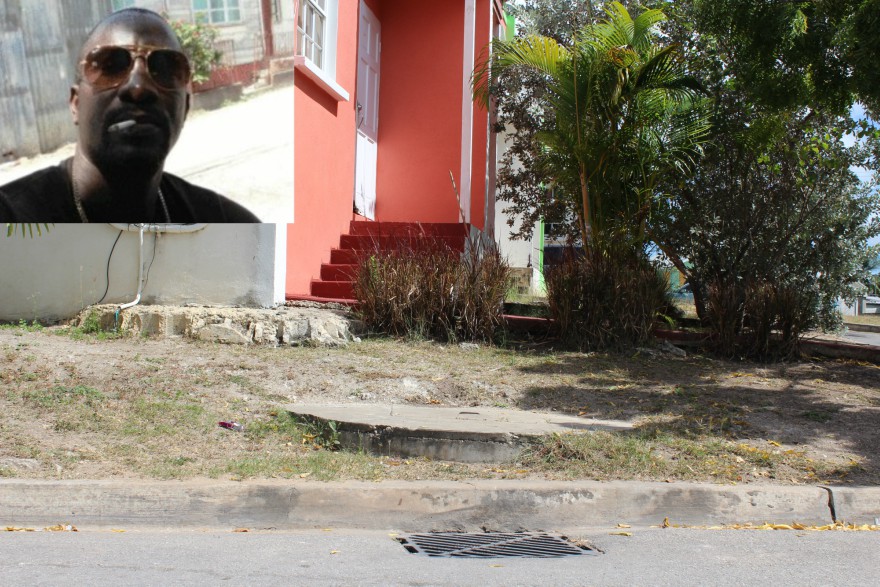 Harris (inset) was shot while sitting outside his home.

The family of Daryll Harris is claiming to have seen a number of bad omens that pointed to the imminent death of the 42-year-old.

Harris, who is Barbados’ latest murder victim, was gunned down while outside his Barbarees Gardens home on Tuesday morning.

Loop News visited the community, where Harris’ relatives gathered at the home of his mother, Gloria Grazette, just a stone’s throw from where the shooting unfolded.

The family said the near-death experience which occurred back in December 2018 was a wake-up call for the father of eleven and he had vowed that he would turn his life around.

Grazette said she had been worried about her son’s safety since the December incident and admitted she had urged Harris on numerous occasions to live a more positive life.

She said Harris appeared to be coming around but his personality changed significantly in the days leading up to his death, noting he had become withdrawn and despondent. Grazette said she took this as a sign that harm was coming to her son.

“Day before yesterday I went to look for him and I asked ‘what happen, you don’t look right’ and he said ‘I just want to be peaceful’. He just went into this shell like he knew or feel something was going to happen.”

Grazette said she is still trying to come to grips with seeing her son’s bullet-ridden body lying in the road. She said she takes comfort in knowing her only male child is now at peace.

His older sister, Claudette Brathwaite, said she believed the first conversation she had with Harris after the December shooting incident was also a sign of his death.

“The last interaction I had with my brother is when he came out of surgery last month. He told me ‘sis when I was going to surgery, I saw God’s face’ and so I told him it is time to make changes.”

Brathwaite echoed similar sentiments to her mother, saying she saw Harris had started to make changes but his enemies were hellbent on ending his life.

Brathwaite described the person responsible for her brother's death as a “coward”, claiming they attacked him when he was injured and unable to defend himself.

“The way how he died, he didn’t deserve it because he put his life out there on the line for other people and none of them were there when he got killed.”