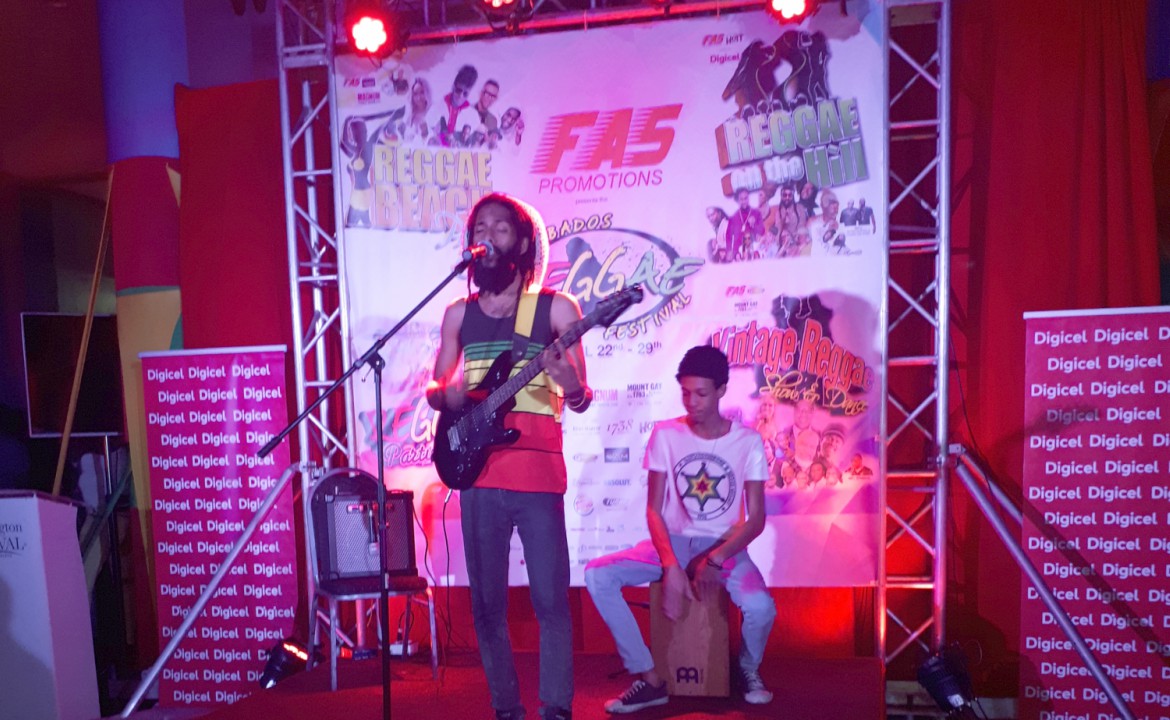 Local band Kalead & Kayaweh, one of the newest additions to the Reggae on the Hill show.

The Barbados Reggae Festival has for some years been absent of the Barbados Reggae Night event and Director of FAS Entertainment, Al Gilkes is of the view there needs to be a bigger platform for local reggae artistes.

Gilkes comments were made during the Media and Sponsors reception on Wednesday night. Gilkes said the reggae festival has come a long way from the humble beginnings of one show, Reggae on the Hill back in 2004. Since then the show had grown to five shows, including the Barbados Reggae Night.

"It [Barbados Reggae Night] was intended to promote Barbadian reggae and Barbadian reggae artists. It lasted about two years but unfortunately the response by Barbadians to their own people was so limited and so negative that we were forced by the third year to drop the Barbados element of the reggae festival."

Gilkes said, now three years after that part of the festival has been discontinued, the FAS team has been trying their best to incorporate as many Barbadian entertainers and deejays to compensate for the cancellation.

"To this day it is still very much on our conscience. We need to have our own talent and our own people, being a bigger part of this festival. But unfortunately, the past history has put us in a position where we are only able to expand the volume of performers on each event to a significantly larger number of Barbadians entertainers."

Gilkes added with the assistance of the sponsors and the media, FAS will continue to look for ways to make the festival more attractive and beneficial to stakeholders and patrons.

This year's Vintage Reggae Show and Dance, slated for April 27 at Kensington Oval will feature local acts such as the well known Troubadours Band and the ever popular Lil Rick who will be given an entire hour to perform his oldest hits.

The climax event for the festival, Reggae on the Hill scheduled for April 29 at Farley Hill, will feature a number of local acts including Tabitha, Project X the Band, and Kalead and Kayaweh.

7 great reggae albums that failed to get Grammy recognition