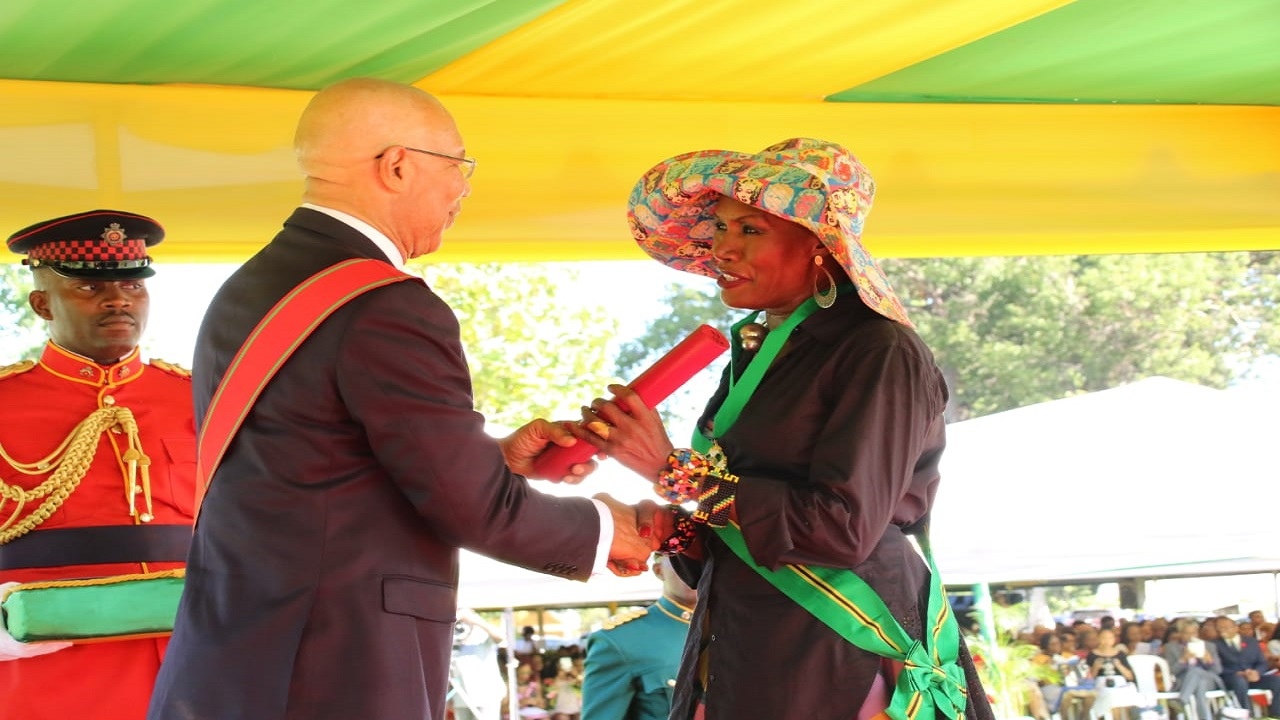 Her sense of fashion was on display for all to see on Monday, when Grace Jones, the famed singer, actress, author, film producer and of course fashion icon walked gracefully up to the dais at King’s House where she was conferred with the Order of Jamaica (OJ).

The country’s fifth highest national honour was presented to Jones for her stellar accomplishments across the various fields.

As she glided up to the platform where Governor General Sir Patrick Allen stood waiting for her, her wide-brimmed hat and A-shaped dress stood out. Sir Patrick had some difficulty getting the insignia over and around the hat but all the while a smiling Jones curtsied, putting the GG at ease. In fact, Jones appeared to have curtsied onto the platform.

She received a ringing round of applause from the hundreds in attendance at the 2018 National Honours and Awards Ceremony.

Jones was recognised for her exceptional contribution to the field of entertainment internationally.

During a recent media interview, Jones expressed gratitude to the Government and people of Jamaica for the award.

“I am excited. It is a great honour. I love Jamaica so much, which makes it even better. This award is very special,” she said.

Jones was born in Spanish Town but left Jamaica at age 12. She would later gain worldwide recognition for her fashion, singing and acting. 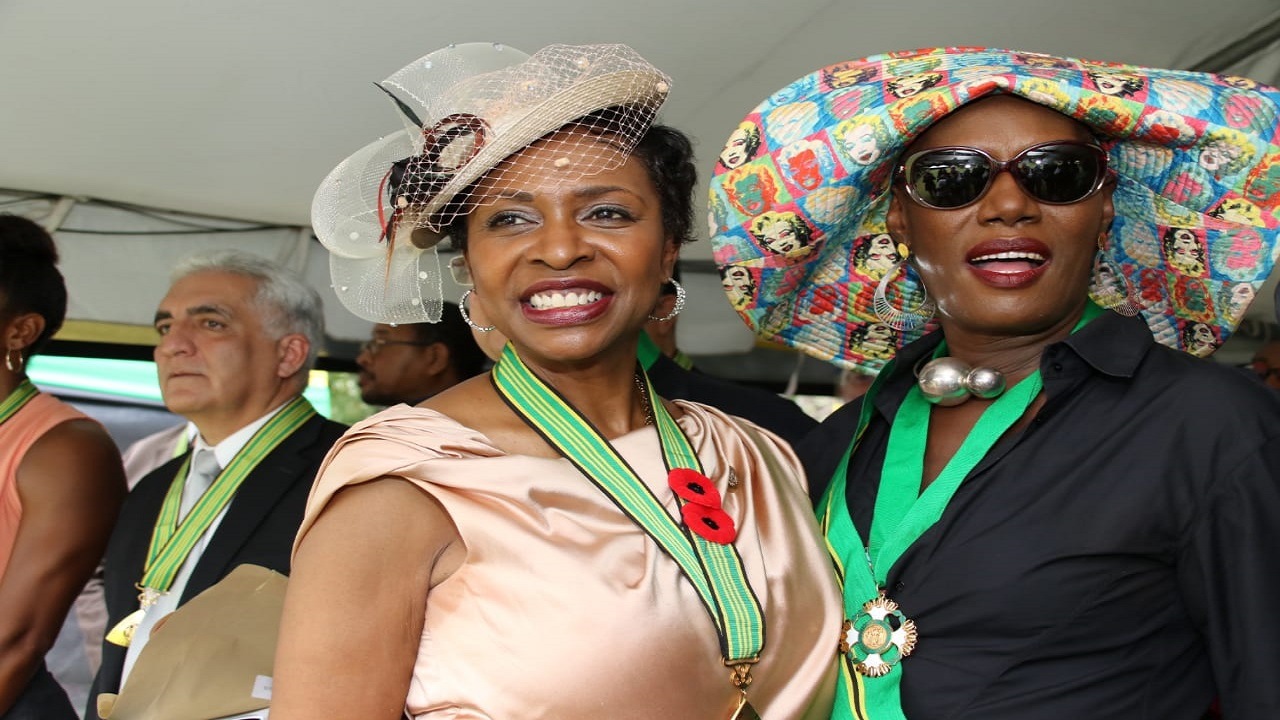 She was one of four Jamaicans to be conferred with the OJ on Monday. The others were Godfrey Dyer, for his over 45 in the field of tourism; Earl Jarrett, for exceptional contribution to the banking and financial sectors and public service and volunteerism for over 20 years; and Giuseppe Maffesanti, for exceptional contribution to the construction industry, social development, welfare, and philanthropy, also for over 20 years.

Another entertainer, Winston 'Yellowman’ Foster also received a ringing round of applause from the audience at the awards ceremony and he appeared to bask in the moment.

Dubbed ‘King Yellowman’, Foster is highly regarded as the entertainer who put dancehall on the map, and was widely known for his ‘not fit for airplay’ lyrics. He was twice nominated for a Grammy Award.