Fauci warns of 'suffering and death' if US reopens too soon 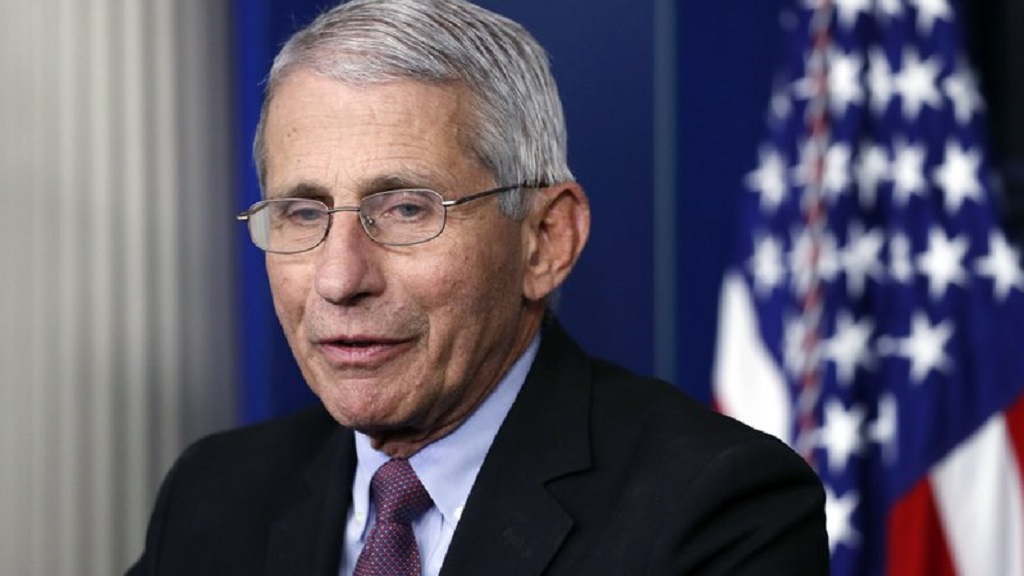 Dr Anthony Fauci, the nation's top infectious disease expert, is warning Congress that if the country reopens too soon during the novel coronavirus pandemic, it will result in "needless suffering and death."

Fauci is among the health experts testifying to a Senate panel. His testimony comes as President Donald Trump is praising states that are reopening after the prolonged lockdown aimed at controlling the virus' spread.

Fauci, a member of the coronavirus task force charged with shaping the response to COVID-19, which has killed tens of thousands of people in the US, is testifying via video conference after self-quarantining as a White House staffer tested positive for the virus.

With the US economy in free-fall and more than 30 million people unemployed, Trump has been pressuring states to reopen.

Fauci, in a statement to The New York Times, warned that officials should adhere to federal guidelines for a phased reopening, including a "downward trajectory" of positive tests or documented cases of coronavirus over two weeks, robust contact tracing and "sentinel surveillance" testing of asymptomatic people in vulnerable populations, such as nursing homes.

"If we skip over the checkpoints in the guidelines...then we risk the danger of multiple outbreaks throughout the country," Fauci wrote.

"This will not only result in needless suffering and death, but would actually set us back on our quest to return to normal."

Other senior health officials scheduled to testify before the Health, Education, Labor and Pensions committee will also appear via video link after going into self-quarantine, following their exposure to a White House staffer who tested positive.

The chairman of the committee, Republican Senator Lamar Alexander of Tennessee, also put himself in quarantine after an aide tested positive. He'll participate by video, too.

Besides Fauci, of the National Institutes of Health, the other experts include FDA Commissioner Dr Stephen Hahn and Dr Robert Redfield, head of the Centers for Disease Control and Prevention, along with Adminisrator Brett Giroir, the coronavirus "testing czar" at the Department of Health and Human Services.

Even before the gavel drops, the hearing offers two takeaways for the rest of the country, said John Auerbach, president of the non-profit public health group Trust for America's Health.

"One thing it tells you is that the virus can have an impact in any workplace setting or any community setting," said Auerbach. "All businesses will find it very challenging to ensure safety when there are cases."

Another lesson is that the public officials involved are taking the virus seriously by not appearing in person. "They are following the guidelines that they are recommending to others," said Auerbach. "There is not a double standard."

The main questions for the administration experts revolve around the "Three T's," or testing, tracing and treatment.

Related article :Second virus wave: How bad will it be as COVID-19 lockdowns ease?

Without widespread testing, state and local officials will be basing decisions to reopen businesses and schools on incomplete data with blind spots lurking.

Without the ability to do the painstaking work of tracing the contacts of people infected, unwitting transmission will continue. Without effective treatments, hospitals in a given community could be overwhelmed in a COVID-19 rebound. Ultimately, the goal is a vaccine that would offer widespread protection.

The health committee hearing offers a very different setting from the White House coronavirus task force briefings the administration witnesses have all participated in.

Senators on the panel are knowledgeable and some have working relationships that go back years with the agencies that the panellists are representing. Most significantly, President Donald Trump will not be controlling the agenda.

Eyeing the November elections, Trump has been eager to restart the economy, urging on protesters who oppose their state governors' stay-at-home orders and expressing his own confidence that the coronavirus will fade away as summer advances and Americans return to work and other pursuits.

The ranking Democrat on the health panel, Senator Patty Murray of Washington state, doesn't think the Trump administration is doing nearly enough to keep the virus under control as the economy reopens.

"President Trump is trying to ignore the facts, and ignore the experts who have been clear we are nowhere close to where we need to be to reopen safely," she said in a statement. Murray will participate via video, but some senators are expected to attend in person.

Alexander is more nuanced about the nation's readiness. He suggests there's enough testing to move to reopen the economy, but worries that there won't be enough to sustain a return to normality.

"It's enough to do what we need to do today to reopen," he said on NBC's "Meet The Press" on Sunday. "But it's not enough, for example, when 35,000 kids and faculty show up on the University of Tennessee campus in August."

With more types of tests on the market from different manufacturers and providers, testing is an area that's become particularly difficult for laypeople to navigate.

Until now there has been only one kind of test to detect active infection. Called a PCR test, it detects the genetic material of the virus, and is still considered the most accurate.

Last weekend the FDA approved the first "antigen" test, which looks for protein traces of the virus instead, much like rapid tests for flu or strep throat. Antigen tests aren't as accurate as PCR tests but promise to be faster and easier to use.

A third kind of test detects past infection, by spotting antibodies in people's blood. But it's not yet clear if having those antibodies means someone is immune from another bout of COVID-19.

Amid coronavirus pandemic, the world's working poor hustle to survive