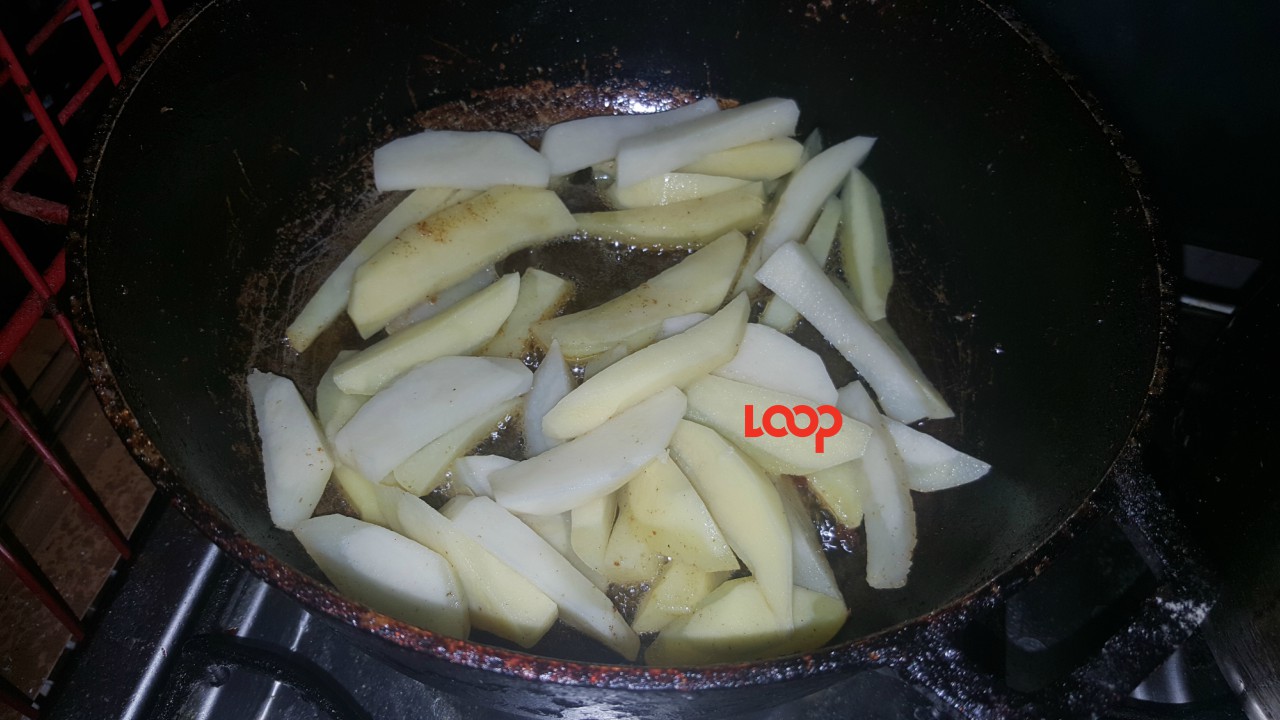 Do you prefer these chips or packaged fries?

When people talk about the buckpot and the wood fire, you know that they are going back to when food cooked by Bajans made you lick all 10 fingers as you longed for more.

Today, some people use the old methods to make dishes, and just like before, they are still tasty as ever just because they are steeped in tradition and overflowing with flavour.

Which of these 11 is your favourite?

When a Barbadian granny fries some Jacks – a fish that is filled with fine bones – dry, dry, dry, you don’t have to worry about anything except eating too many. Frying them dry means that even the bones are crispy and no threat to your throat. Ever heard a granny say "It crumpsy" instead of "crispy"?

When you see bits of pink in the yellow breadfruit cou cou, you know that it’s the good-good stuff. So what are the pink pieces? Pig tail! #yumyum

When the potatoes come out and get peeled then each potato is sliced in half then sliced thinly to get those chips that have a curved edge and a straight side, it’s sweet heaven. You can keep your packaged fries!

When the oil "hot-up" as Bajans say, in de buckpot, and the chicken that was coated in flour and breadcrumbs gets dropped in, it’s a sizzling surprise that will await once the outside brown and the inside cooks right through.

Homemade sugar cakes may have in some chunks of coconut because no one wanted to grate their knuckles, but the ginger and bayleaf as well as the gooey, sticky, sweetness as soon as they drop, make them better than any store-bought red and white confectionary you could pay for today.

A bottle of browning comes in handy, but when a Bajan burns sugar in a frying pan and adds water at the right moment, that colouring brings a flavour to the pot that is unique, not just dark in colour.

Baked pork may be nice, but the crackle! You know ‘bout the pork fat and skin that bakes hard? That’s what some Bajans call the crackle and for them it’s the best part of all.

For many it’s pelau, but for most Bajans it’s cook-up rice. This is rice cooked with chicken and vegetables and colouring. However, the best part is the bun-bun according to some. What’s de bun-bun? It’s the rice that sticks to the bottom of the saucepan as the water was drying out.

Soak the meal? Error! If you ain’t talking about boiling okras, pouring off the okras, holding the slime and adding the meal a little at a time, while pulling it to the side of the pot with the wooden stick until it’s cooked and then tossing back in the okras and letting it expand one last time, then you ain’t talking about cou cou de ole time way.

Get the pieces of wood, not on the stove. Push the breadfruit in the center of the flames and watch it turn from green to black. Then grab your mellokreem butter, knife and spoon, to cut it in half and dig in.

Put on the buckpot with some oil, and find a cover to fit it securely. It’s even more fun for kids if you can find a glass cover. Then toss in some popcorn seeds and watch children scream in excitement with every pop as they see kernels of corn literally pop before their eyes!