Female politicians speak out about #lifeinleggings 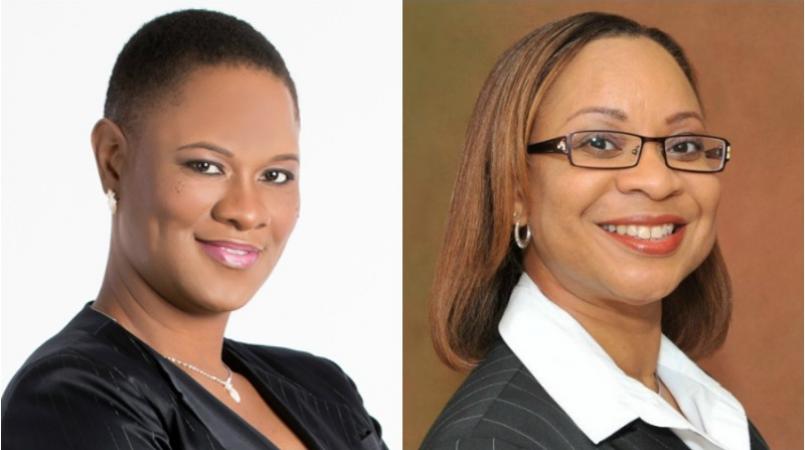 Women in the political arena are showing their support for the #lifeinleggings movement as women from all walks of life share their experiences with sexual harassment and abuse.

Independent Member of Parliament in Barbados, Dr. Maria Agard, joined the conversation on Facebook almost as soon as it began, lending her support and sharing her own experience.

"I know what it is like to suffer persecution, to be petrified, violated and enraged. My experience made the Courthouse in 2005. You can read all about it, in the Nation newspaper, including how I march out of Court in disgust because it like it was a JOKE to everybody including the magistrate," she wrote.

Her support continued as she participated in a panel discussion on #LifeInLeggings at UWI Cave Hill on Friday night.

She told the room: "Violence against women is endemic - it is all around us. From the time we are born we are objectified and we swim in it every day of our lives without even being aware of some of the adjustments that we make... We're not aware because everybody else around us is making a similar adjustment and unless your eyes are opened by a very bold initiative like Life In Leggings, you would not even be aware of your own victimisation. It's just the environment in which you exist."

Meanwhile, in Trinidad, where the #lifeinleggings discussion has also taken off, Minister of State in the Office of the Prime Minister, Ayanna Webster-Roy, shared her story while speaking at a consultation on gender-based violence on Friday.

She said while she has never been the victim of rape or domestic abuse, she once had an unsettling experience with a “peeping tom”.

To make matters worse, she said, the police did not take her seriously when she reported the matter.

She said the police were more interested in making her recount what she was wearing and what the peeping tom might have seen than in taking action against him.

“I remember the feeling of hopelessness,” she said.

Because of the lack of help from the police, she added, her husband decided to take matters into his own hands by finding the man and beating him.

While she noted this was not an appropriate response, she said it was the only form of justice she had gotten.

She said her experience with the police was not unique and other women have had to deal with their reports not taken seriously until it is too late.The Minister called on all law enforcement agencies to support victims and treat reports seriously.

Webster-Roy said she has also been the victim of unsolicited groping and sexual harassment. She added that she stands in solidarity with the many women and girls who have been brave enough to share their #lifeinleggings story thus far.

She said the government would work with all relevant agencies to put the framework in place to end gender-based violence.

The #lifeinleggings hashtag was created by two Barbadian women, to draw attention to the instances of sexual harassment and abuse faced by women on a daily basis. It has since spread across the region and beyond.