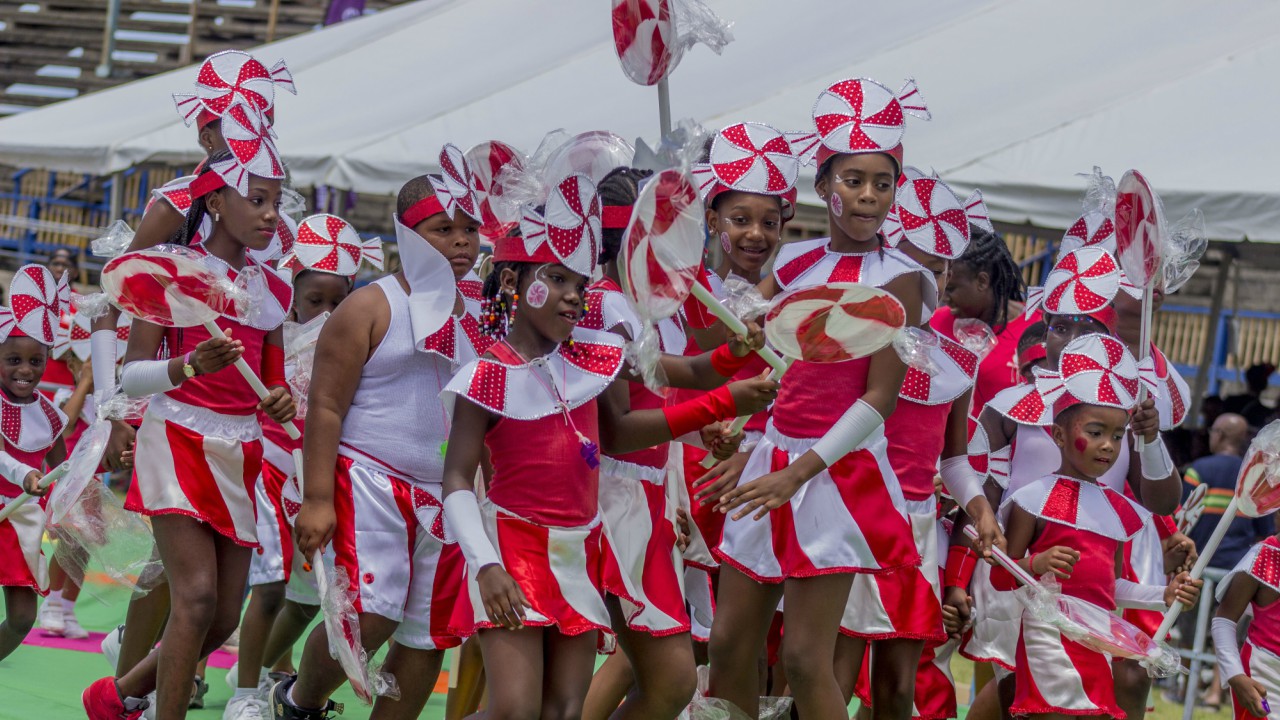 Fifth Element Kiddies Band was judged the Most Colourful and the Best Junior Band, with their 'Candy Land 246'. (PHOTOS: Alimayu Young-Codrington)

Under the theme 'Candyland 246', Fifth Element dominated 16 other bands to take the Most Colourful and overall Best Junior Band titles.

Small who told Loop News that he was 'very much satisfied with what 8 months of preparation would have led to' explained the concept behind this year's theme:

"We were using an American type board game and spin it in with Bajan candies and treats that kids would love - snowcones, sugar cakes, lollipops, ice cream."

Revealing that this year's numbers doubled compared to what they would have been seeing in previous years, he added that costumes were selling the night before and the morning of Junior Kadooment which serves as a sign.

"The sign ups this year were amazing compared to other years! Up to the night before and morning we were still selling junior costumes and for me that's a sign. We would have increased to probably almost twice the numbers that we usually have. Last year we had 121 and this year we had two hundred and some, so for me that's a great improvement!"

With Junior Kadooment out of the way Small says he would be pushing in a different gear for Grand Kadooment.

He noted that things are a little slow at the moment due to the hard economic times, but are expected to pick up with this coming week being a band rush!

"Obviously people are complaining about things being hard and stuff like that so the Grand Kadooment side things are a little slow but that's understandable. As time progresses things are estimated to pick up."

"The pace of the numbers in Junior Kadooment are a lot better than the adults however most Bajans wait until the last minute to make their decisions so this coming week would be a  band rush!"

Looking forward to next year, Small will be doing things in an even bigger fashion celebrating the band's fifth anniversary and being involved in Crop Over for over 11 years.

"Next year is our fifth anniversary so we're looking to do it in a big way- both in Junior Kadooment and Grand Kadooment."