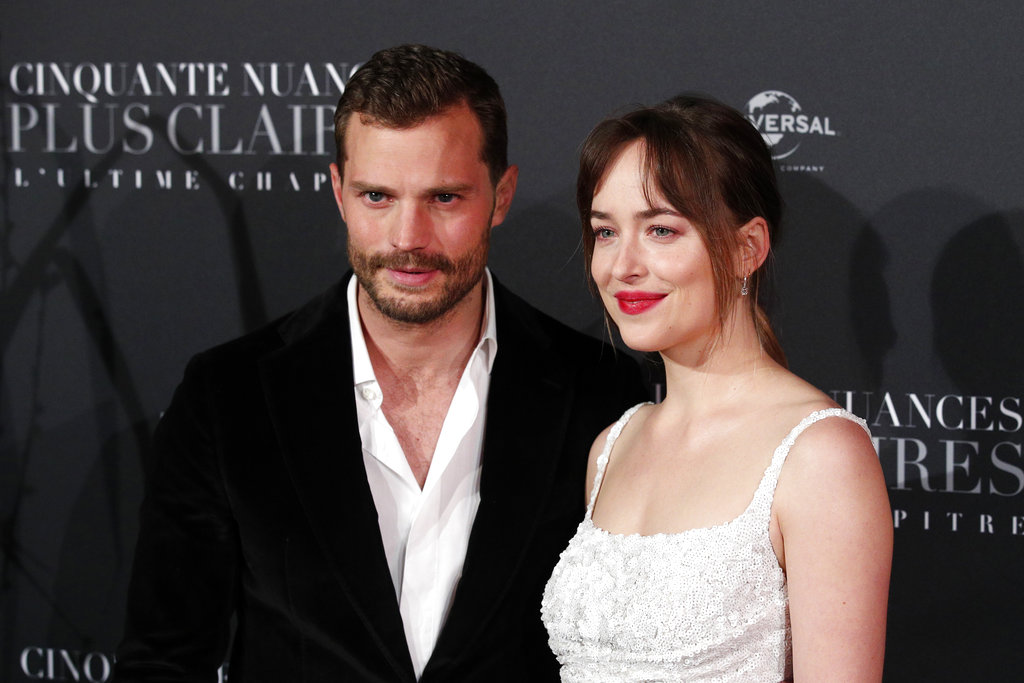 In this file photo, Jamie Dornan, left, and Dakota Johnson pose during a photocall for the world premiere of 'Fifty Shades Freed. (AP Photo/Francois Mori)

Newcomers like "Fifty Shades Freed," ''Peter Rabbit" and "The 15:17 to Paris" breathed some fresh life into a marketplace that has for weeks been dominated by "Jumanji: Welcome to the Jungle," ''The Greatest Showman" and various Oscar contenders. But it's all just setting the stage for "Black Panther," which opens next week.

"Fifty Shades Freed" managed to take the top spot on the charts in North American theaters. Universal Pictures estimated Sunday that the final chapter in the Christian Grey and Anastasia Steele saga earned $38.8 million over the weekend — down significantly from the first film's $85.2 million debut and even the sequel's $46.6 million opening, but enough to bump the three-film franchise over $1 billion globally. Women once again made up the vast majority (75 percent) of the opening weekend audience.

"We are exhilarated with the results," said Jim Orr, Universal's president of domestic distribution. "To have a trilogy engineered primarily for a female audience that we were then able to broaden out into a billion-dollar franchise is just a fantastic result."

The studio expects a healthy mid-week bump on Valentine's Day and to serve as counter-programming over the holiday weekend against "Black Panther."

The steamy romance outdid other new competitors like Sony's CG and live-action update of "Peter Rabbit," featuring the voice of James Corden, and Clint Eastwood's "The 15:17 to Paris," starring the real men who thwarted an attack on a Paris-bound train in the summer of 2015.

"Peter Rabbit," which cost around $50 million to produce, hopped to second place with a solid $25 million and an A- CinemaScore.

"The 15:17 to Paris" pulled into third place with $12.6 million. Eastwood's dramatic thriller about the true story was not well-received by critics or audiences, who gave the film a poor B- CinemaScore.

Two films that just won't quit rounded out the top five: "Jumanji: Welcome to the Jungle" fell to fourth place with $9.8 million and "The Greatest Showman" took fifth with $6.4 million.

Overall the marketplace is still down around 1.8 percent for the year and around 27 percent from the same weekend last year which, comScore senior media analyst Paul Dergarabedian notes, saw the launch of "The Lego Batman Movie," ''Fifty Shades Darker" and "John Wick: Chapter 2," all of which opened over $30 million.

"This is the calm before the Marvel storm," Dergarabedian said. "'Black Panther' is going to supercharge this marketplace when it opens later this week. I think it's going to break records and spark a huge conversation."

Estimated ticket sales for Friday through Sunday at U.S. and Canadian theaters, according to comScore. Final domestic figures will be released Monday.

'Jumanji' tops 'The Post,' 'The Commuter' at MLK box office