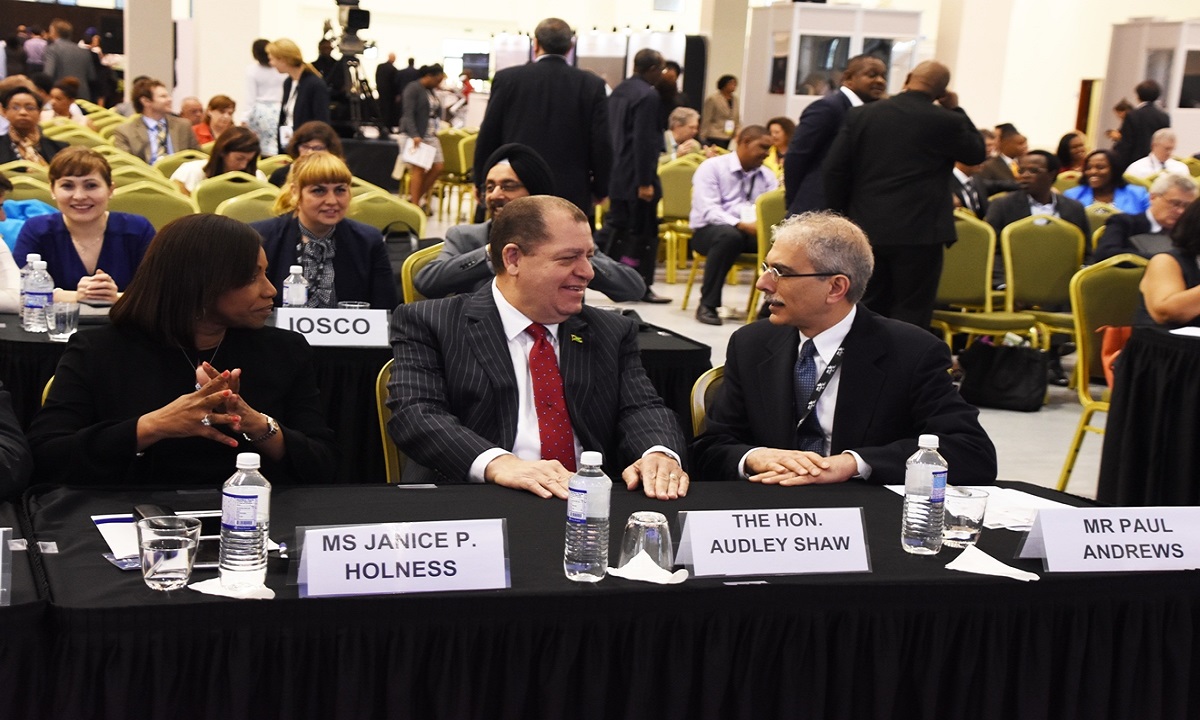 Jamaica's Minister of Finance Audley Shaw has challenged that country's Financial Services Commission (FSC), as well as regional and international securities regulators to become more responsive to change in society and the wider global economy.

Shaw noted that Jamaica grapples with the promotion of financial inclusion and the continued increase in the retired age population.

He said regulators should ensure that capital markets are providing long-term investment tools with appropriate yield for the working age population to be able to afford living expenses after retirement.

The number of retirees will continue to increase, resulting in a higher dependency ration which could lead to social problems and a fiscal burden to the governments, Shaw said.

“There should therefore be more diversity of financial products to satisfy savers’ needs such as a broader range of asset classes for mutual funds,” he added.

The minister also stressed that the authorities should promote financial literacy and educate citizens to realise the importance and necessity of saving and investments as well as the available options for investments, including equity participation that will best suit their needs, especially in the medium and long term.

Speaking at the official opening of the 42nd Annual Conference of the International Organization of Securities Commissions (IOSCO), last week Shaw said in Jamaica and other emerging markets, securities regulators must expand their role and scope of work.

Minister Shaw said the new challenge was to enhance capital access for small and medium-sized enterprises and strategic sectors.

He called on regulators to consider that in moving toward such a goal, it was vital to improve the mobilisation of financial resources by making the process more convenient and cost-effective while maintaining appropriate investor protection.

He questioned whether mobile money platforms could play a significant role in broadening access to capital markets.

Minister Shaw pledged Jamaica's commitment to pursuing a range of initiatives to deepen the financial sector and expand the suite of financial services here.

These will include amending the Insurance Act to facilitate the creation of a microinsurance legislative framework and the enacting of Micro - Credit Bill to provide for the licensing and regulation of privately owned money lending institutions.

Shaw also noted that domestic investments of some $36 billion dollars are expected following on a regulatory decision to reduce the Minimum Capital Test for insurance companies for a period of two years.

The FSC, after research and analysis, moved the statutory minimum from 250 percent to 150 percent. The insurance companies are required to pursue local investment and growth initiatives and to provide details of these to the FSC.

The public session of the IOSCO 2017 Conference was held at the Montego Bay Convention Centre last week.

'Solid' financial performance for Sagicor in 2016