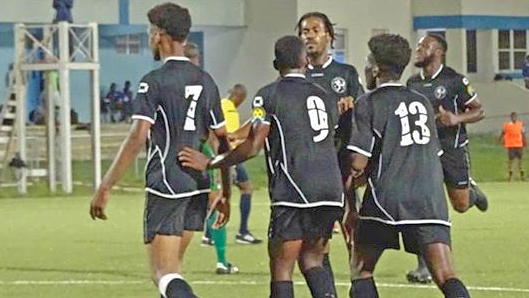 Brittons Hill took full advantage of the “B” rated unit and dominated from start to finish.

St Leonard’s School student, 16-year-old Donte Greenidge handed his team the lead in the 27th minute and this would last until the break.

Denzyl Fordyce completed an impressive debut season with his seventh goal of the season in the 66thminute, while fellow newcomer Narrin Corbin completed the scorecard with a late strike in the 89thminute.