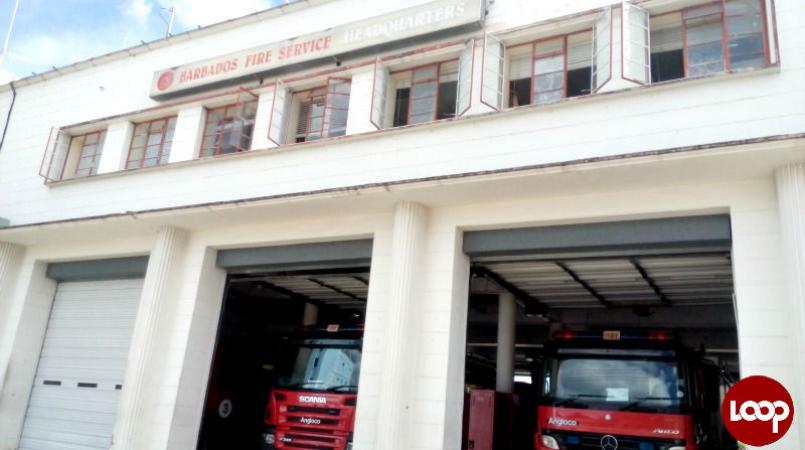 They were among the 20 who endured five months of intense training as they ventured into their dreams of being members of the Barbados Fire Service.

In what was the first passing out parade held at the Arch Hall Fire Academy, the Chief Fire Officer Errol Maynard lauded the young men and women for undertaking the training – but reminded them as well as their parents and guardians that “they now belong to us at the fire service”.

Maynard said, “Five months ago many of you were probably wondering, what is it that I have gotten myself into? Some of you are probably surprised that you have made it thus far, but you are here... Even if you were surprised, I assure you, as was noted before, if you put in the effort and you endured the struggle there will be growth and success.”

He encouraged the young officers to continue to do well, and to keep raising the bar to go beyond their known best, since their best might not be adequate.

Maynard implored them to never settle for mediocrity since it is a poison that kills creativity. “It can kill an organization, [or] a country," he lamented. Mediocrity he stressed has no place in the fire and rescue industry. “Where there are pockets of mediocrity in the Service we resolve to pursue it with vigor and weed it out,” he further stated.

As new officers he warned them not to think they know it all, but to seek the guidance and support of others. While talents and skills are important, being strong and putting forth effort and commitment is the basis for success, he reiterated.

“It is never too early to set goals,” he advised since he believes that such will allow the officers to chart their own road map for the future.

It was an evening where those present were able to witness some of the drills that the new “soon to be installed officers” undertook while at the academy, away from the comfort of their homes.

Family of four lose home and car to fire