Fire officers fed up and frustrated 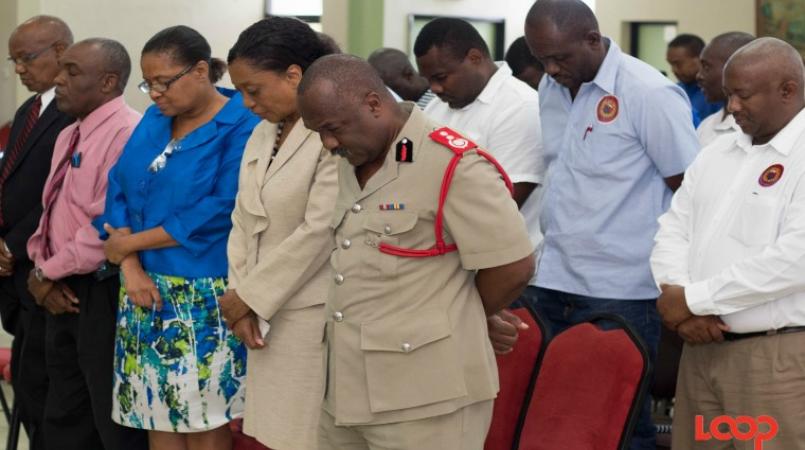 The Annual General Meeting of the Barbados Fire Service Association (BFSA) revealed a number of worrying trends affecting officers of the Fire Service.

The disclosure was made by Chairman of the BFSA, Corrie Bridgeman this morning at Solidarity House before an audience of fire officers and senior officials in the Fire Service and representatives from the Ministry of Home Affairs.

In his remarks, Bridgeman spoke to a range of concerns affecting officers and their ability to carry out their duties, in particular the lack of fire fighting certification.

There are major differences in high rise fire fighting which prove or show tremendous challenges which we are not accustomed to. So as to effectively perform our duty we are asking for more training as it relates to this issue.”

He also noted with the increase in flash flooding across the island in recent months, there needs to be training programs for swift water rescue.

A lack of proper and functioning equipment was also addressed as Bridgeman said there is a significant shortage in the number of portable radios at stations and firefighters have had to share face masks. He said it was unreasonable to ask firefighters to venture into burning buildings without the proper equipment to keep them safe.

On the issue of leave and remunerations, Bridgeman said officers have had to give up vacation time to facilitate transfers to other stations and were having to wait months up to a year to receive monies for working at special paid events. He also said, in the case of auxiliary officers, they were operating under a lack of job security while putting themselves under the same risks as officers who were appointed.

He said it was high time for the authorities to take a serious look at the ‘heavy burden’ fire officers had to endure, adding a lack of correspondence to aired grievances was becoming a norm.

“These officers are frustrated, very very frustrated to the point that they are undecided on their next move. I deem this unacceptable and implore the powers that be to rectify this overbearing issue that has been lingering for far too long.

There seems to be an over growing trend of disrespect and disregard by ignoring and not responding to correspondences and grievances.”

Bridgeman also added the quarterly meeting to be held with the Ministry of Home Affairs were not taking place as the last meeting was held in April 2015.

Minister of Home Affairs and Attorney General, Adriel Brathwaite was not present during the Chairman’s remarks as he was called away on business shortly before the meeting was called to order. Permanent Secretary, Gayle Franis-Vaughan was expected to meet with officers following the meeting to address their concerns. Efforts to reach Brathwaite for a comment were unsuccessful.

This is not the first instance in which an association under the Ministry has aired their dirty laundry as last year the Barbados Prison Officers Association offloaded a barrage of complaints before the AG during their general meeting last November forcing Brathwaite to have media personnel escorted from the building.

Fires down in 2016; Barbados Fire Service continues to urge caution