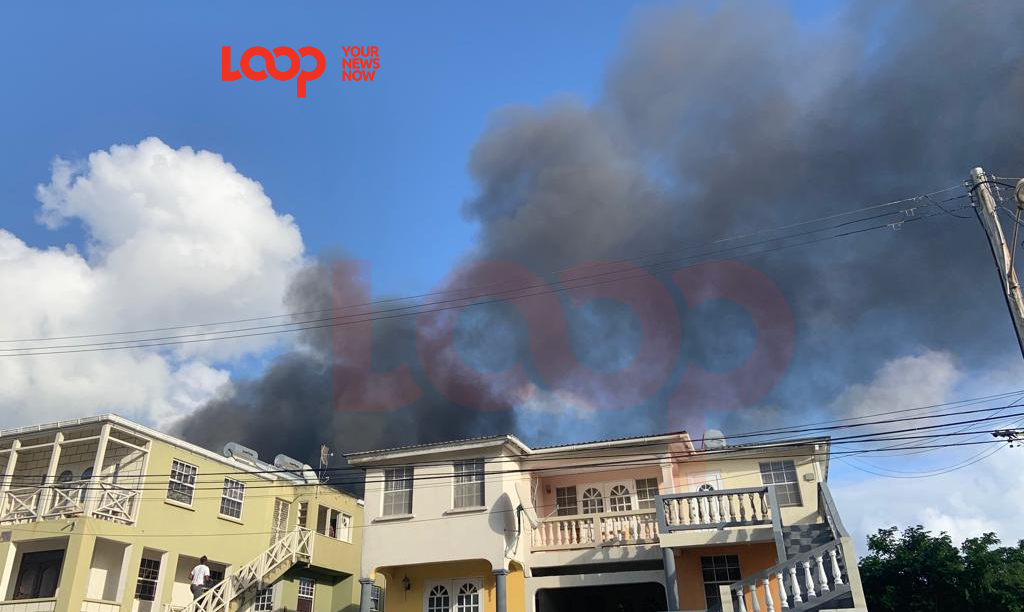 Residents not happy with smoke and fumes.

B's Recycling landfill in Cane Garden, St. Thomas appears to be on fire once again.

The initial response by the Barbados Fire Service when the call was received at 4:32 pm, this evening, August 13, has since been upgraded.

Originally 10 fire officers along with SubOfficer Barrow under the command of Station Officer Patrick Edwards responded to the blaze with appliances Arch Hall and Bridgetown.

Subsequently, the response was increased at 4:43 pm, with an appliance and four fire officers from St. John joining the fight to battle the blaze.

Residents in the Edgehill and Cane Garden, St. Thomas area are reporting to Loop News that they are concerned not only with the smoke but the fumes in the area due to the fire.

Loop contacted the Department of Emergency Management (DEM) and the representative said that at this stage, around 5:18 pm, that the Fire Service had not requested their assistance as yet and there was no official statement in regard to evacuation.

Video caption: The SBRC landfill at Vaucluse was on fire in June 2019.