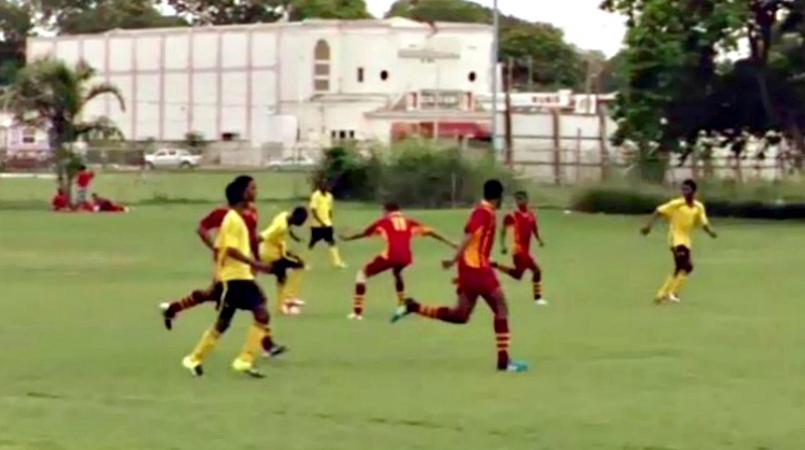 Opportunities continue to grow for young footballers on the island.

This weekend the Barbados Secondary School Football League (BSSFL) will kick-off the inaugural U19 talent showcase at the Usain Bolt Sports Complex.

From tomorrow, Saturday, December 10, over 60 of the island’s top schoolboy footballers will go through a series of technical, physical, tactical, psychological and academic test in an effort to secure quantitative data for future development.

Organiser of the event, Marlon Harte, stated the showcase is a necessary tool that allows transparency and equity as far as player and team selection are concerned.

“The showcase is meant to be a transparent means of talent identification by the use of a number of standardised tests used throughout sports globally. It gives us a good measure where you can compare your data to what goes on around the world”, said Harte.

Harte stated that measurable assessment is important particularly for this venture because the main objective is to produce data that college scouts and coaches can use.

The Combermere School football coach and teacher said that as time progresses and with the continued execution of the tests, that foreign coaches can see the information gathered from the universal, standardised tests and recognise that there are quality young players on the island.

The players were selected by a panel of local school and club coaches and will be divided into two groups with the first group being examined on Saturday and the other on Sunday, both days beginning at 9 a.m.

Harte mentioned that the idea came to him after his participation in the University of the West Indies (UWI)/Royal Belgium Football Association (RBFA) Coaching Course which was held earlier this summer at the Cave Hill Campus.

While speaking to the head of the coaches association of the RBFA Kris Van Der Haegen, who was amazed by the quality of the young players on the island and compared it to the standard of some of the superior European regions, Harte said it motivated him to do something worthwhile for the youth.

According to Harte, the BSSFL plans to make the showcase an annual event, introducing new ideas and initiatives each year to make it bigger and better.

The immediate plan after the showcase is to harness the best performers and create a holistic and profitable environment for the players while exposing them to the world.

“After the showcase our aim is to bring the 32 boys together and recreate the combined schools team.

We hope to have them trained and do some tours overseas, again, for the purpose of exposure”.

Harte said he is confident and optimistic about the venture and believe this initial group will do justice to the objectives of the showcase, as the BSSFL aim to promote the quality of players in the league and by extension the island, with the ultimate goal of exporting talent.