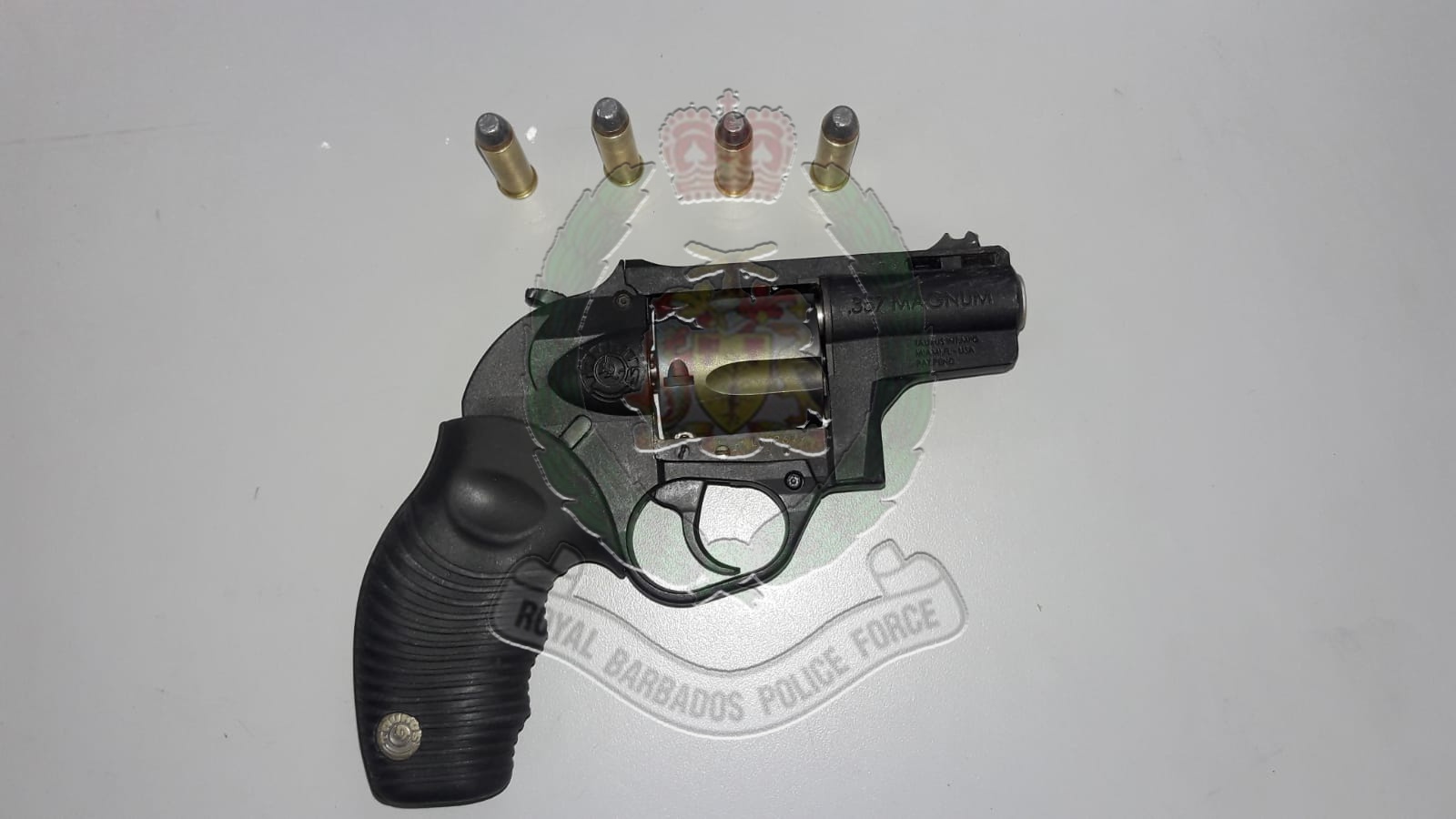 With some persons anonymously questioning the gun haul at the unauthorised fete held on the 'Bogata' Block in Christ Church, police have shared photos of the weapons a day later.

On Thursday night, August 15, 2019, police officers from the Antigun and Gangs Unit, the Tactical Response Unit (TRU), the Suppressing Criminal Activity Threatening Society Unit (SCATS), the Police Canine Unit as well as other uniformed police
officers conducted an Operation at Lodge Road, Christ Church in the area known as “The Bogota Block”.

The operation targeted an unauthorised fete being held in that area.

Reportedly, as a result of this operation, five (5) illegal firearms, fifty-five (55) rounds of ammunition and one hundred and fourteen (114) grammes of vegetable matter suspected to be cannabis with a street value of five hundred and seventy Barbados dollars (BBD $570.00) were recovered.

However, no one was arrested for the discovery of the vegetable matter.