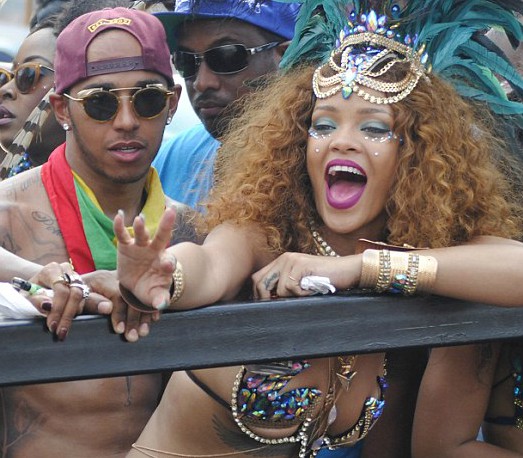 People flock from all over the world for the Crop Over Festival each year.

Celebrities such as Barbados' Rihanna, American actors Claudia Jordan and Rob Riley, Formula One champion Lewis Hamilton are just some of the big names who have craved for the sweetest summer festival.

But as much as you're sure it's where the party's, they are a few things that make Crop Over truly unique. Do you know these five facts about it?

1. Much history in the sweetest summer festival

Crop Over is one of the oldest festivals in the Western Hemisphere, dating back to the colonial period.

It is unique to many other masquerades across the world, as many of them originated as carnivals and therefore finished before lent.

As its name suggests, the Crop Over Festival signalled the end of the sugar harvest and time for workers to celebrate the end of all their work.

The period between the sugar harvest was difficult for those who sold their labour each year.

And so as a signal of hope for a less harsh period, the Crop Over Festival climaxed with the burning of 'Mr. Harding' - an effigy filled with stuff cane trash symbolising the hard times.

Sugar production decreased drastically in the 1940s, which also saw an end of the festival.

That all changed in 1974, when Crop Over was revised and began the transformation to what it is today.

Unlike many other festivals around the world, the road to revelry is a one-way street.

All masqueraders follow an identical route to the Spring Garden Highway after leaving the starting point at the National Stadium.

Keep controversy out of Crop Over, warns Culture Minister