Five from new parties out of General Election 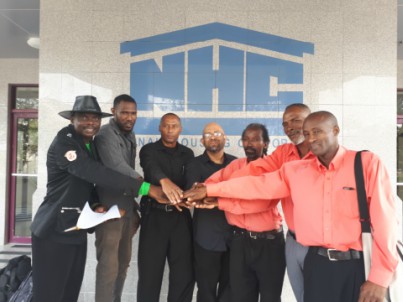 Members of the Coalition of Unified Parties: (L-R) Steven Hunte of the KGB, Charleston Taylor, Alex Mitchell of the BFP, Barry-Paul Scott-Bey, Mark Adamson of the PDC, Eric Marshall of the PDC and Peter Rock.

Despite having paid the required $250 deposit to run as a candidate in the upcoming General Election, difficulty securing nominees, among other witnesses, has seen a number of candidates not moving forward to the May 24 Election.

Nomination Day, which took place on Monday May 7, was a trying time for some of the newer parties as the process involved the candidate presenting a proposer, a seconder and two witnesses at the center for the scheduled appointment time.

Party leader of the Barbados Free Party (BFP), Alex Mitchell said he found issues with the nomination process as it posed clashes for persons who were employed or had small children in their care. He also revealed some persons in the constituency were out rightly asking for money to stand as witnesses.

As a result of the hiccups, the BFP lost one potential candidate, Barry-Paul Scott-Bey, who was running in the St. James South constituency.

Charles Taylor, also a member of the BFP, made a decision not to complete the nomination process as there was a mix-up with the constituency he intended to represent. 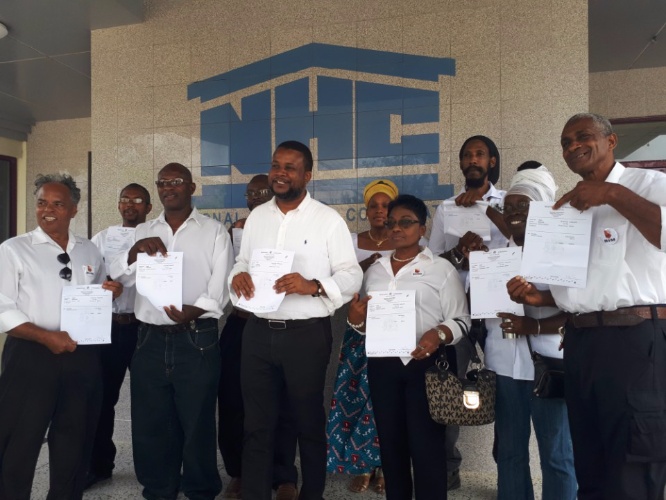 The Barbados Integrity Movement (BIM) were prepared to contest ten seats in the election but two of those who paid deposits will not be going to the polls come May 24. BIM leader, Neil Holder explained one candidate had other obligations while the other was not able to secure the necessary witness before the nomination center closing time of 3 pm.

Solution Barbados (SB) almost had their 28-slate of candidates cut down by one when Fallon Best, running in the City of Bridgetown could not get his witnesses together by 3pm. The Electoral and Boundaries officials were gracious enough to extend the opening hours of the center for him to complete the nomination.

Peter Rock of the People's Democratic Congress (PDC), which falls under the Coalition of Unified Parties, will no longer be contesting the St. Michael North East seat.