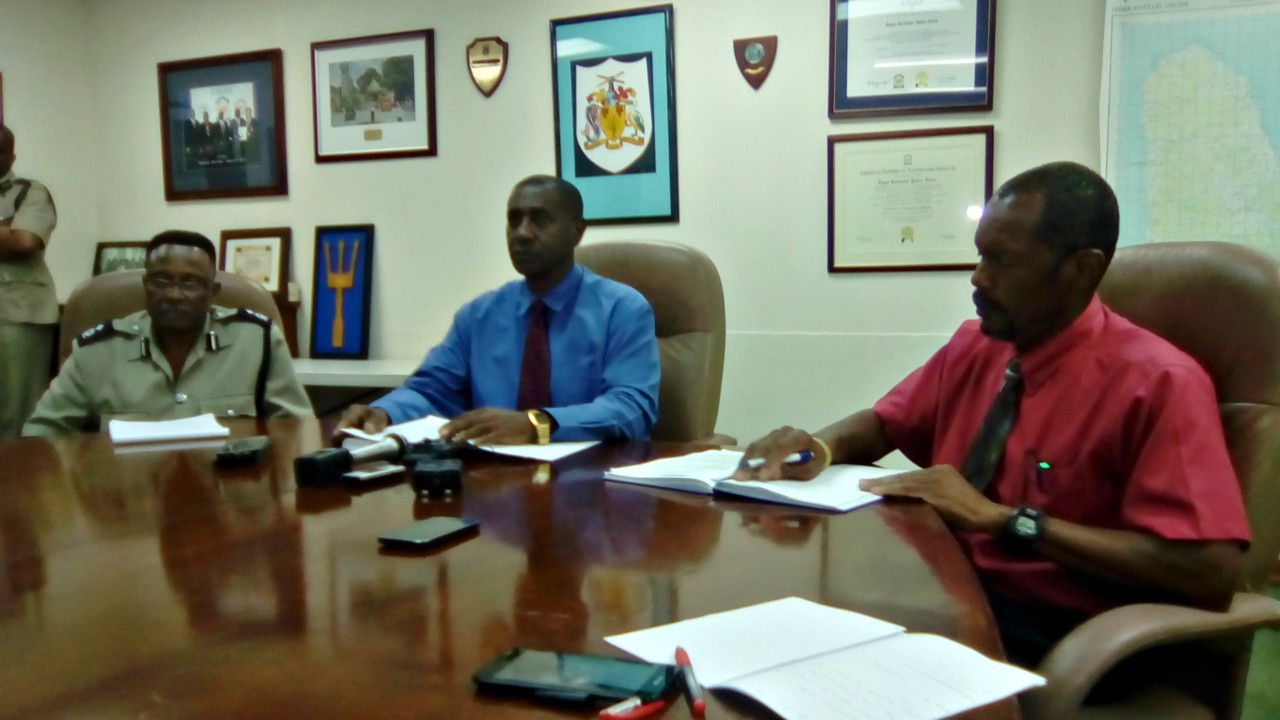 Statistics released by the Royal Barbados Police Force (RBPF) have revealed that crime is on the rise in Barbados.

Though many Barbadians felt this way, confirmation came today from senior officials of the RBPF during a press briefing at Police Headquarters.

So far for 2017, a total of 7,882 cases of crimes were committed to compare with 7,492 cases for the same period in 2016. Although there was no specific breakdown of the statistics to highlight the areas of crime, it was noted that burglaries were on the increase.

For the next two and a half weeks of the year, the Force will be working assiduously to ensure these numbers do not increase for the Christmas season.

Assistant Commissioner of Police, William Yearwood told the media the Yuletide Policing program is already in full swing and will see higher visibility of officers on the ground as foot patrols, joint patrols along with the Barbados Defense Force (BDF) and motorcycle patrols.

Related article :Over 90 firearms seized for 2017

Yearwood also said the increase in visitors to the island in the peak of the cruise season will put additional pressure on the Force to keep these ones safe as they traverse shopping areas and popular tourist spots. "Here on in for the balance of the year you will be seeing higher visibility of our law enforcement officers. We have to maintain coverage on those tourist-oriented areas ranging  from the Crane back to Speightstown and to St. Philip."

He said the Force will also be giving attention to reducing the number of vehicular accidents noting that at this time of the year it was easier to become distracted while driving due to activities such as shopping and partying. He added the number of road fatalities had increased steadily since 2013 with 18 fatalities occurring in that year as compared to 27 so far for 2017.

The briefing also included a display of illegal firearms seized during the year where it was also shown that gun-related crimes had increased significantly over 2016.

4 Firearms found in man's car and home along with drugs