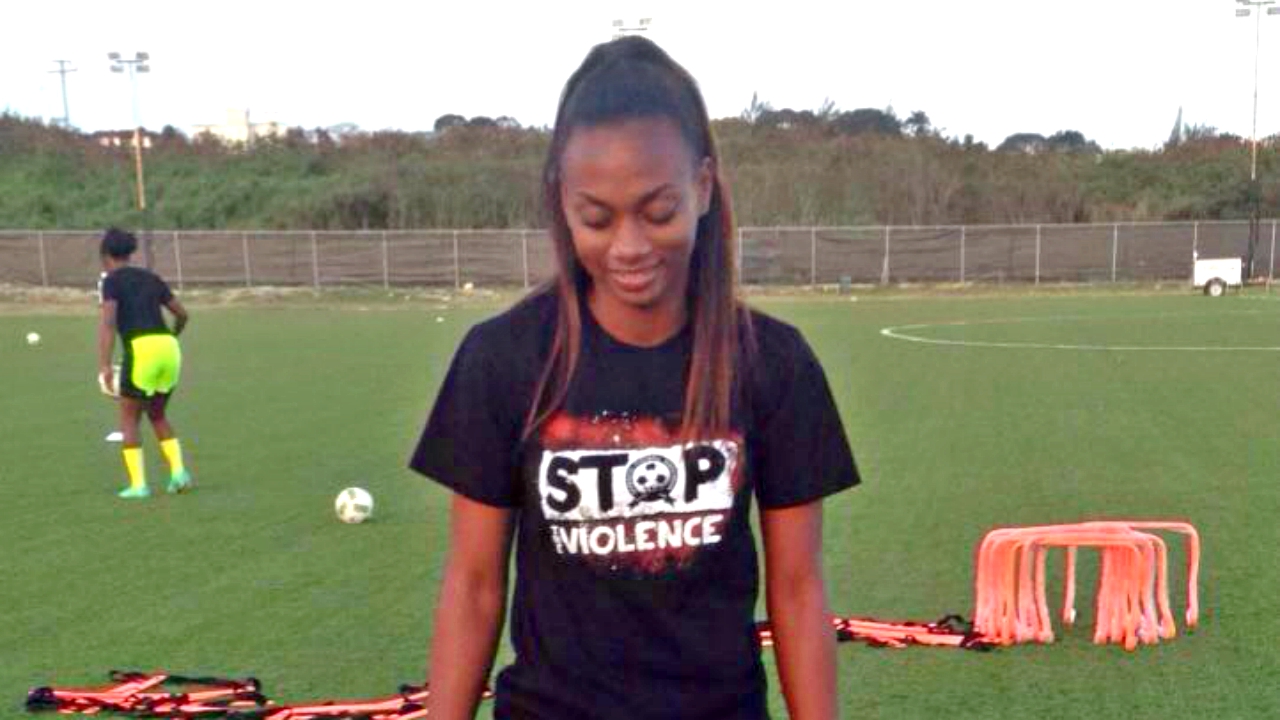 Another young Barbadian athlete has earned the opportunity to study and compete in the United States.

The latest success is Barbados senior women’s footballer Jeneva Millar, who will be off to West Virginia to take a place at the Alderson Broaddus University, who compete in the National Collegiate Athletics Association (NCAA) Division Two Great Mid-West Athletic Conference.

With a mere five years under her football career, the determined young lady will enter as a transfer student from the Barbados Community College (BCC), where she will continue her studies in the accounting field.

Millar began her career while at The Alleyne School under the guidance of Physical Education teacher and motivator Mr. Headley who she credits amongst others for propelling her career so quickly.

“I would like to thank Mr. Headley, my games teacher from The Alleyne School, because if it wasn’t for him I’d never be playing football and I’ll also like to thank Mr. (Raphael) Holder for recruiting me to Mavericks Football Club”, said Millar.

The combative defender/midfielder credited the coaching staff who worked with her at Mavericks, along with club administrators such as Camille Spooner and Neil Matthews.

Holder is also a student at Alderson Broaddus and it was through the recommendation and administrative aid of Raphael that earned Millar this valuable opportunity.

“Raphael Holder, who is the President of the club, approached me with the opportunity because his son attends the same university and he found out that the university was granting female soccer scholarships and thought I would be a good candidate”, said Millar.

Humble and soft-spoken, yet very confident in her athletic and academic abilities, Millar said she is looking forward to achieving her bachelor’s degree in Accounting, while simultaneously improving her skills as a footballer so that she may earn a professional contract at the end of her studies or if football doesn’t work out, become an “amazing accountant”, as according to her.