Skip to main content
Breaking News |
American Airlines to do pre-flight tests for travellers to Caribbean
Fallen tree does not stop school at The St Michael School
Serena Williams withdraws from French Open with Achilles injury
PM Mottley says R.I.P to the million who have died from COVID-19
Gline Clarke resigns from the House officially
DLP president pens thoughtful post about the murdered 'Nut man'
By-election Watch: When was Barbados' last by-election prior to 2020?
Christina Milian gets roasted for eating raw breadfruit on Instagram
Police need to get creative to protect special needs children
Death toll in Jamaica from COVID-19 surpasses 100 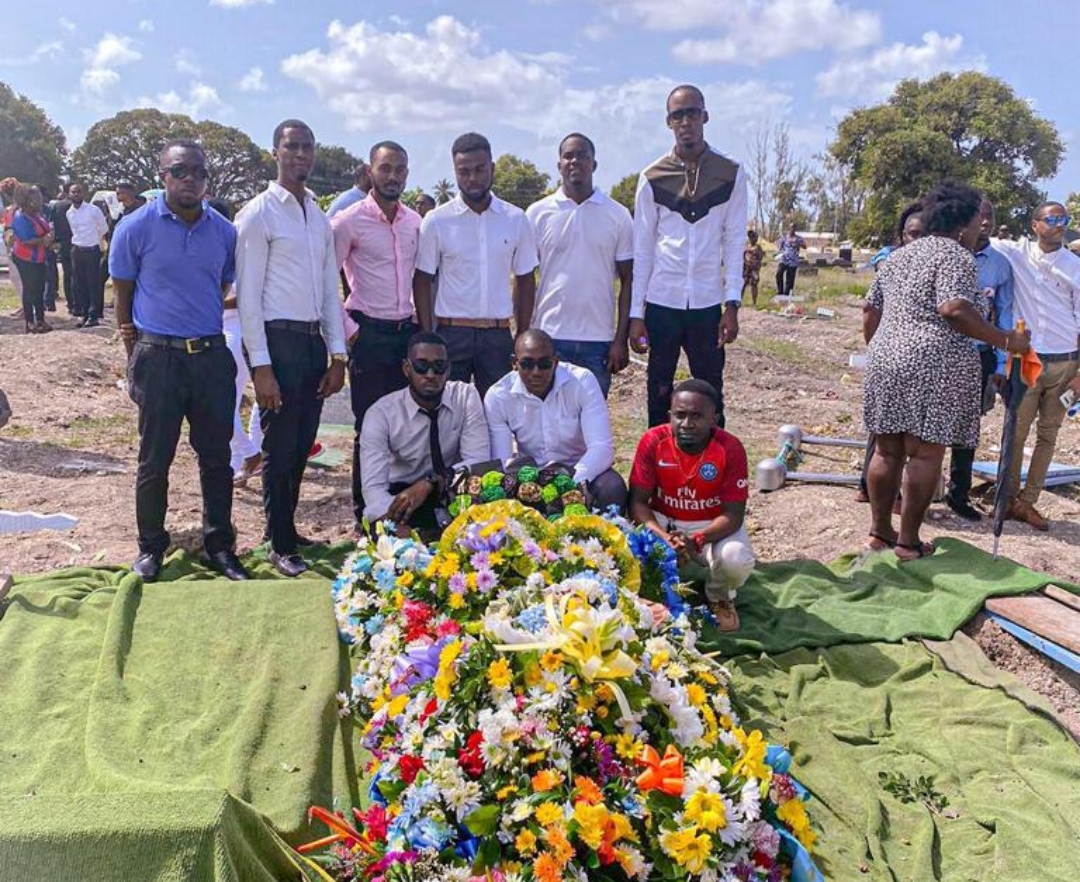 Friends of Carmichael at the grave site.

Twenty-five-year-old Carmichael, a football connoisseur who represented the Exactly Football Club and Atlas FC, avidly supported Arsenal FC and was the entrepreneur of the online sports store Top 90, was commonly known for his sense of humor, passion for football and most notably his love for people.

In her eulogy, Verlese Forde described Carmichael’s ambitious character which led to the development of his business, but also his academic success from Lawrence T Gay to the University of the West Indies.

Reverend Theodore Lawrence used Hebrews 9:27 to support his message of not fearing death for it is inevitable but living your life honorably while alive so that there will be no fear when we arrive at judgement’s gate. 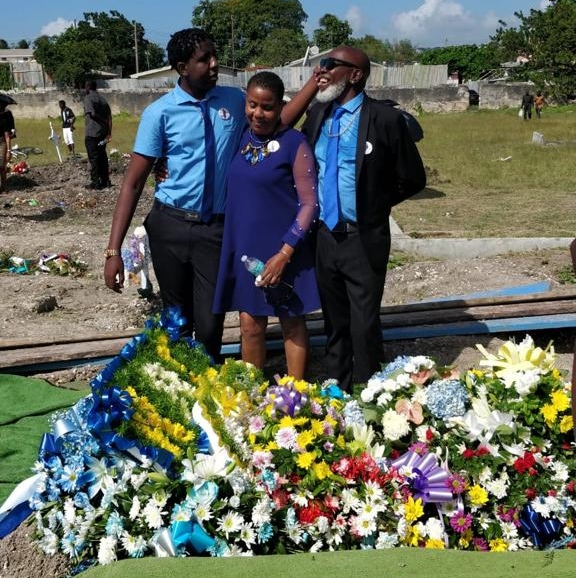 Hall, a talented and educated coach for over 30 years, was known for his contribution to the lives of many young footballers, particularly those who represented Kick Start Football Club during their dominant years in youth football; most notably current senior men’s national team captain Rashad Jules and team mates Raheim Sargeant (Hall’s son) and Ricardio Morris.

Firstly, it addressed our faith, particularly our sentiments when we pray for something and we do not receive what we prayed for.

Revered Hunte said: "It doesn’t shake our faith, but shapes our faith”.

He encouraged the congregation, which included President of the Barbados Football Association and the Caribbean Football Union, Randy Harris, former minister of parliament, David Gill, and parliamentary representative for St Michael South Central, the Honorable Marsha Caddle, to take their fears and issues to God.

The second issue addressed by Reverend Hunte was moving on with our lives and coping with losing a loved one; describing it as sometimes a sacrifice for a greater message or cause to be accomplished.

Finally, like Reverend Lawrence, he challenged the congregation to be “ready” for when it is their turn to go the other side.

Tributes from the St Winifred’s School, People’s Cathedral School, the Ifill School and the Alpha Football Academy which Hall created, were paid to a humble, hardworking and diligent individual.

WATCH: Police sergeant gets into the spirit at funeral service