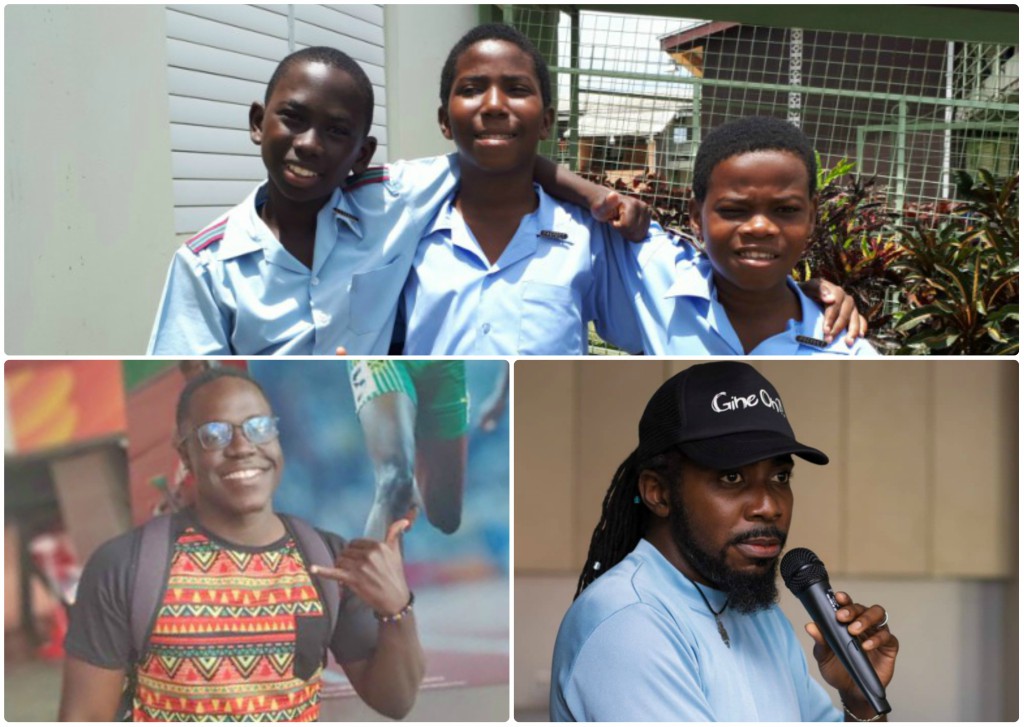 {Top center} Amaani Holder shares his proud moment with friends after receiving results. {left} Johnathan Cumberbatch having the time of his life while abroad. {right} Dempstu Simmons in action.

The Barbados Secondary Schools Entrance Exam (BSSEE) is right around the corner with parents, teachers and students gearing up for the big day.

For those who will take the rite of passage on May 7, the examination can seem like a Herculean task. However, former sitters who aced the exam and now tackling bigger feats are encouraging this year’s students not to stress too much as there are greater challenges ahead.

LOOP caught up with three former 11-Plus sitters, Dempstu Simmons, Johnathan Cumberbatch and Amaani Holder, who all ranked in the Top 10 performers in the island in 1993, 2005 and 2018 respectively.

These three young men shared strategies for tackling exam jitters and how hard work has laid the foundation for facing the challenges of secondary school, university and the world of work.

Amaani, a first former at the Queen’s College School recounted how the weeks leading up to the exam were spent writing weekly tests as well as in-class and at home revision. On the morning of the examination Amaani said he was “nervous but confident”, making up in his mind to treat it like “just another Tuesday test”.

Dempstu, on the other hand, was not racked with worry but rather was “fussy” when he realized his invigilator was none other than Barbados track star, Obadele Thompson. The former Harrisonian, poet and co-founder of ‘Gine On’ magazine said after practicing concepts repeatedly, he felt comfortable on the day of the examination.

For Jonathan, who is a student at the Central University of Finance and Economics in the People’s Republic of China, his game plan was simply “let’s do it and get it out of the way”.

While their hard work and sacrifices were rewarded when results were announced, the trio warned the examination is just the beginning of many hurdles to overcome.

“It doesn’t seem like a big hurdle now but back then it was a big day. Now I have done more advanced work and it doesn’t seem that big of a hurdle,” Amaani told LOOP. He has since received the Principal’s Award for top marks in his end-of-term examinations.

As a successful entrepreneur and awarding-winning artist, Dempstu’s words of advice to upcoming sitters,

Johnathan spoke to parents, admonishing them not to put too much pressure on their charges, especially in the days leading up the exam.

“When your child is getting ready for the 11-Plus, you may be wanting them to do that last bit of preparation on the weekend before – don't. A lot of times they may be so nervous it might be better to take them to the beach or a hotel for a day pass, just to take their mind off of it.”

Teachers in the region confronting challenges