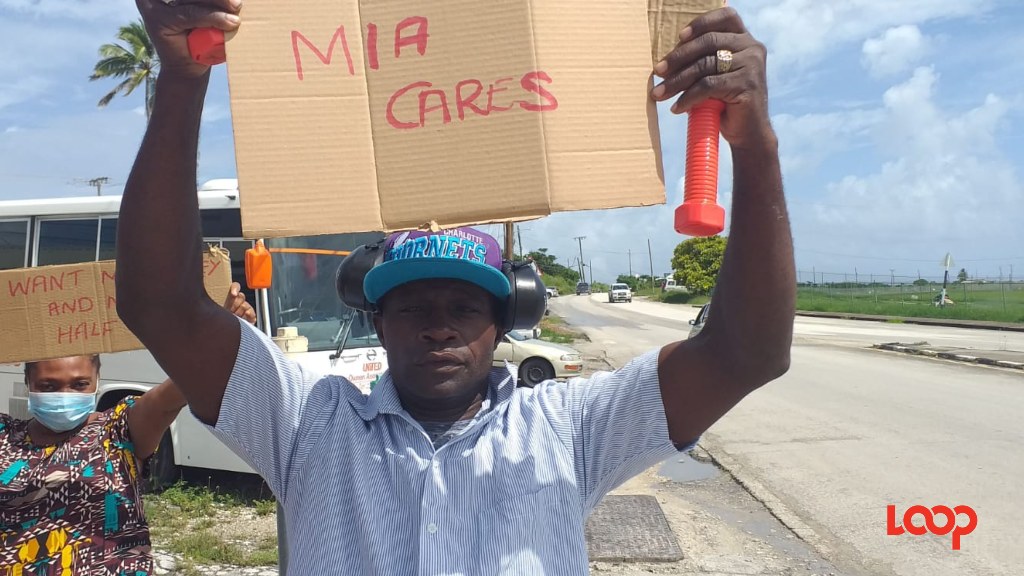 Former Caribbean Aircraft Handling (CAH) staff are pleading with not only management but with the Barbados Government for assistance to get monies owed to them.

A handful of the former workers were picketing opposite the Grantley Adams International Airport today (November 18), for what they say is unfair treatment at the hands of management.

Workers reported they have not received any severance payments or proper notice as to when they will receive the promised payments after being made redundant since October 2 by CAH.

Rodney Williams says that he has worked for CAH for over 22 years and says they are more than 100 plus former workers who currently awaiting payment.

"We haven't received an email from the company from since October 16 or 17...only last night we are hearing that they are offering one or two of the personnel not even all the money but half...We have bills to pay. We have children to send to school. We have even mortgages to pay and debt collectors on our back, and they know that we really in need,"  Rodney Williams said.

Williams says that he had previously sought the aide of Prime Minister Mia Mottley weeks prior but has not heard back from her.

Now, he is again pleading for her to intervene on behalf of the former workers.

"We want to send a message to the Prime Minister...I texted the Prime Minister a couple of weeks ago to ask if she could intervene in the matter, and she said she would look into the matter. But up to this day, she hasn't replied to us,"  Rodney Williams said.

Another former CAH employee, Albert King says it is unfair to the employees that there has been no proper correspondence to alert workers to when they would receive money owed and it is making life for many of the former staff increasingly uncomfortable. 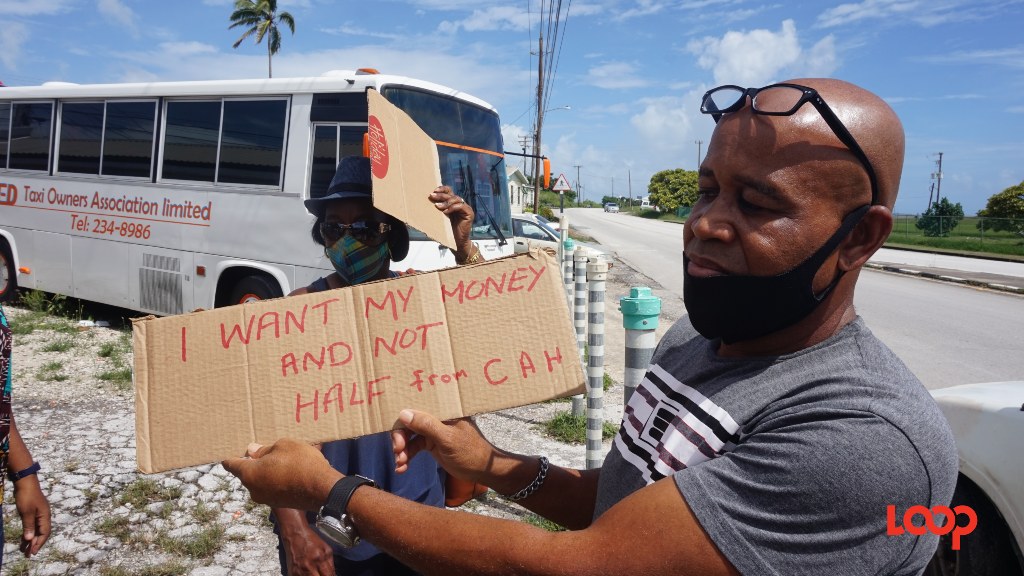 "It is time them tek them knee off we neck. You understand what happened to George Floyd in America? Well, it is happening to us now in Barbados. They need to know that we cannot owe the creditors because they're coming after us. Some people get put out of their houses. Some people's mortgages are backed up. People need to pay rent and light bills... People have been threatened. I want the government to know that if you care and this is who we are, well this is who we are. It is unfair. If Black Lives Matter then Our Lives Matter," Albert King said.

King said told Loop News that on October 2, at that meeting with the staff and management, National Insurance was represented and the staff was told that on or before October 9, they would receive an update about vacation pay, lieu with notice, and any outstanding lieu days. But to date, nothing has been received by the staff.

A frustrated King said that the only emails received kept saying that CAH has to meet with its parent company and gave no deadline for payments. "It is very hard and the landlords and utility companies do not want to hear, 'Oh I gotta wait till CAH pays me so I can pay you'. They not hearing that."

Other workers at the mid-morning protest were upset that the Government found the time and money, some $20,000 to remove the statue of Lord Nelson via a televised ceremony while they remained without any access to funds to pay their bills.