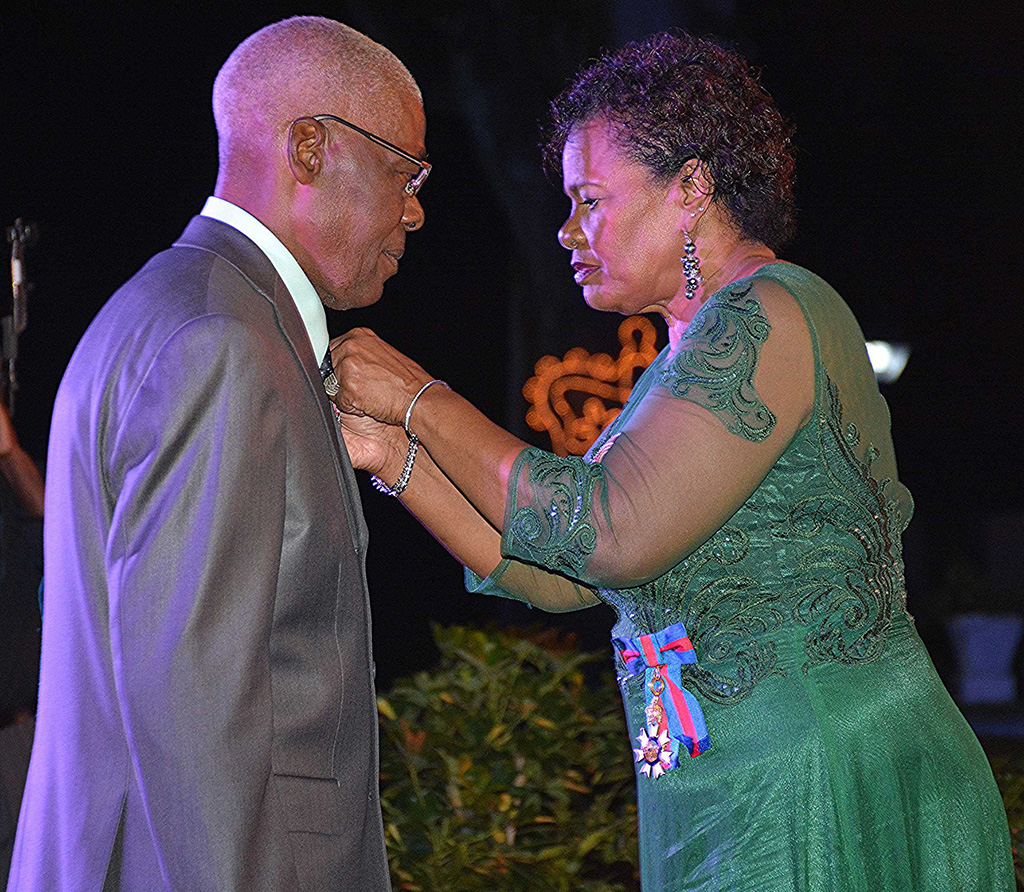 Retired Chief Fire Officer Clifford Clarke receives his insignia from Governor General Dame Sandra Husbands, In the 2018 Queen’s New Year’s Honours list, Clarke had bestowed on him the Member of The Order of the British Empire for his sterling contribution to firefighting and the public service.

Retired Chief Fire Officer, Clifford Clarke has died at the age of 76.

Loop News understands he passed away at the Queen Elizabeth Hospital on Tuesday, September 24, just 11 days short of his 77th birthday and three days shy of his 55th wedding anniversary - after battling an illness for several months.

Clarke, who was appointed Chief Fire Officer from August to October 2002 following the retirement of Velmo Cadogan, was also a former local and regional cricket referee, umpire and cricketer.

According to the Barbados Cricket Association (BCA), he bowled both seam and off-spin and was an opening batsman.

“Clifford was the sort of bowler, who would have six different balls in an over. He was very steady. You had to play every ball.  He bowled medium pace and off-spin. You couldn’t leave your crease and come down the pitch to him. He was also a very solid opening batsman, who made a lot of runs in the BCL competition before playing in the BCA Second Division Championship.

“He was one of the main cricketers, along with Michael Barrow and Eugene Mapp who helped St. Catherine to make strides into the BCA Competition. He was very quiet and soft-spoken but you could be certain that he would tell you what he had to tell you,” he added.

In the 2018 Queen’s New Year’s Honours list, Clarke had bestowed on him the Member of The Order of the British Empire for his sterling contribution to firefighting and the public service.

He leaves to mourn his wife, Eileen, children Pedro Clarke and Shelly-ann Boyce and three grandchildren.