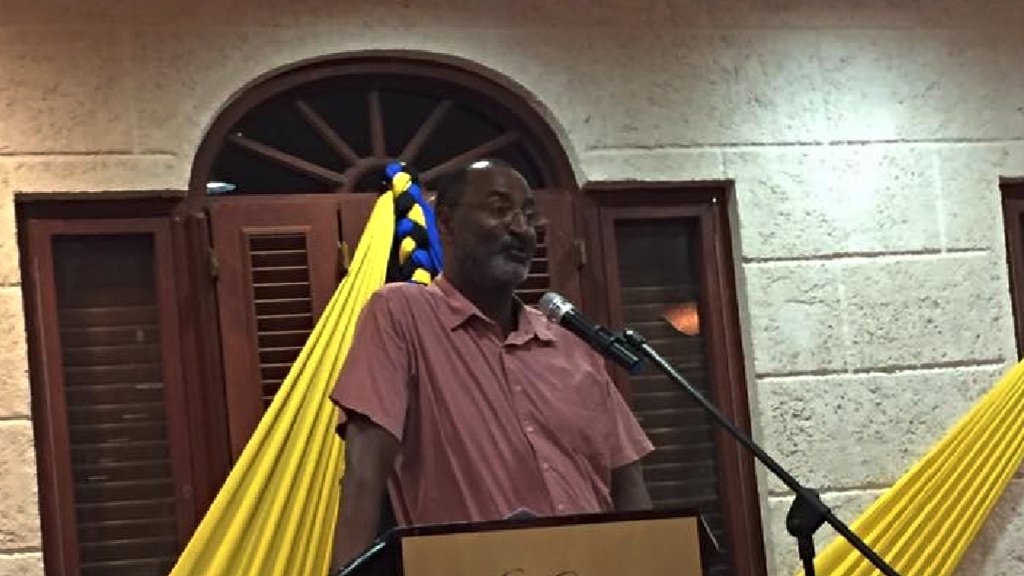 In response to Loop News he said: "I confirm the published Disclaimer Notice."

The past Agriculture Minister and Member of Parliament (MP) for the St Philip South constituency where he resides, refused to give any further comment on the matter at this time.

A disclaimer notice reportedly issued by a Former MP for St Philip South in another section of the press has tongues wagging in Barbados and enquiring minds wondering what led to its creation.

But according to the notice, the motive will only come to light in upcoming months.

Purported to have been submitted by Anthony Wood, who held the parliamentary seat for the St Philip South constituency for two tenures having won in the 1999 and 2003 elections, the notice which appeared today [May 24] stated:

"Open letter to the residents of St Philip South:

"I write to inform you that with immediate effect, I disassociate myself from Mr Indar Weir, Parliamentary Representative for the Constituency of St Philip South. The reasons for this decision will be communicated to you in the coming months.

"I am certain that once you receive the information, an overwhelming majority of you will join with me in withdrawing your support for Mr Weir.

"Also, I apologize to you profusely for my grave error in judgement in endorsing and supporting the candidacy of Mr Weir during the last General Elections."

Wood is an economist and UWI lecturer. He is also a Justice of Peace, a role and title he held from the young age of 25 years old. 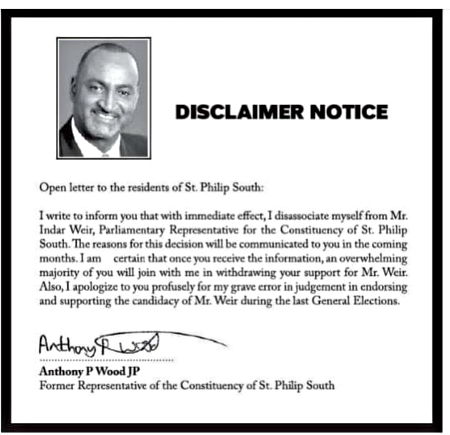 From July 1, 2018, Wood was appointed to the post of Chairman of the Board of the Barbados Agricultural Development and Marketing Corporation (BADMC) and this entity falls under the Ministry of Agriculture.

Weir is the current Minister of Agriculture and Food Security.

In November 2016, on his Facebook page, Weir wrote that during 1999 to 2008 under his Comrade Wood and the Barbados Labour Party's stewardship the contistuency saw "tremendous achievements". He said: "No period of representation prior or since may be ranked as successful as this 10 years for the constituency."

Loop tried to contact Mr Wood, however, there was no response up to the time at which this article was published - 1.50 pm, Sunday, May 24. At 5.18 pm Wood responded to Loop News.

Editor's Note: This story was originally published with the headline: Former MP reportedly regrets endorsing new MP in St Philip South. However, at 5.18 pm Anthony Wood confirmed to Loop News that he published the notice.

Brathwaite and Weir both have big plans for St. Philip South