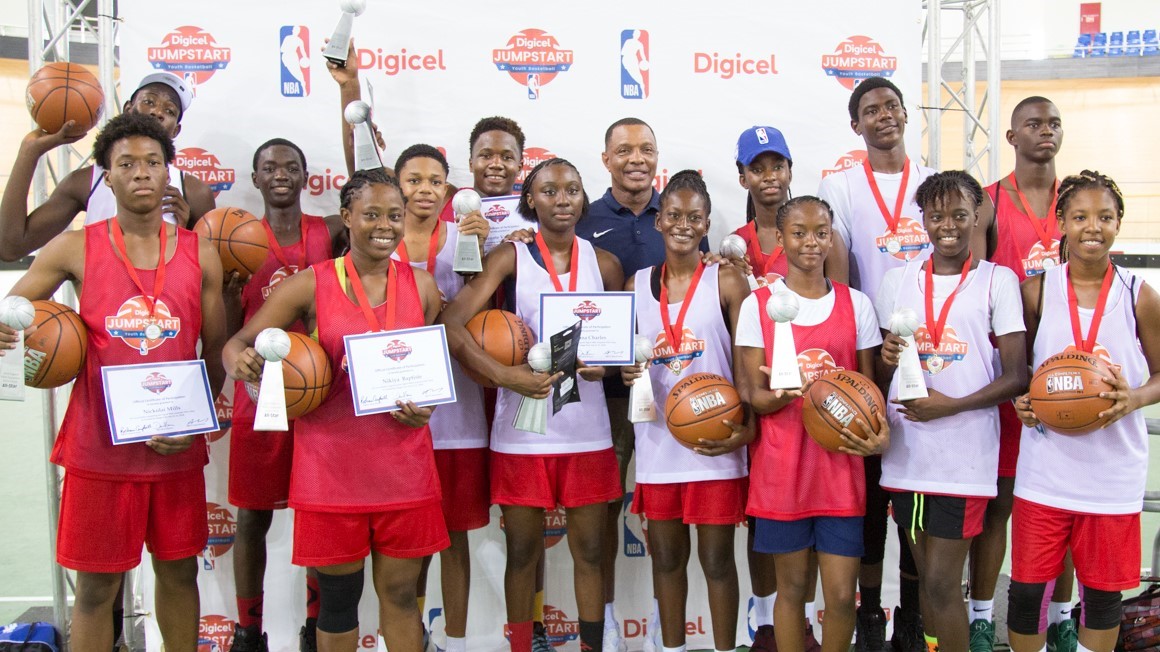 Photo 1- The 14 winners of the 2018 NBA Experience and Head Coach of the New Orleans Pelicans, Alvin Gentry are smiles after the Elite Camp in Trinidad & Tobago.

Digicel and the NBA announced former NBA player Caron Butler will participate in the Digicel NBA Jumpstart Elite Camp at Centre of Excellence in Macoya, Trinidad and Tobago from July 20-21.

The Elite Camp, a two-day camp for the top participants from the Digicel/NBA Jumpstart Programme, will feature more than 30 of the top U14 and U16 players, including 20 boys and 14 girls from four countries across the Caribbean. The majority of participants were invited following their performance at Digicel NBA Jumpstart clinics that were held in Trinidad & Tobago, Jamaica and Barbados earlier this year.

Digicel and the NBA will select the top 14 boys and girls from the Elite Camp to receive an all-expenses-paid trip to the United States, where they will scrimmage against local youth teams, attend an NBA game and experience a private city tour, among other activities.

The 2019 Digicel NBA Jumpstart Basketball clinics, which are run by NBA assistant coaches and NBA International Basketball Operations staff, provided on-court training to more than 200 participants from three countries. The Elite Camp will provide the top players with a chance to develop their skills alongside their peers from across the region.

“Digicel is working with the NBA to find and develop some of the best young basketball talent in the Caribbean. The local clinics provided an opportunity for players from each country to learn from NBA coaches, while also showcasing their talent," said Digicel Group Marketing Director, Claudia Nieves.

"Those who will be going to the Elite Camp will benefit from expert-level coaching from the NBA team including former NBA player Caron Butler. This year, friends and family can watch their loved ones compete in the Digicel NBA Jumpstart Basketball camps on Digicel’s social media pages."

NBA Senior Vice President, Latin America Arnon de’Mello said, “The Digicel NBA Jumpstart programme, now in its fifth year, is a key part of our efforts to continue growing the game of basketball throughout Latin America and the Caribbean.

“As a leading operator in the Caribbean and a long-time NBA partner, Digicel shares our vision of growing basketball at the grassroots level and teaching the value of a healthy, active lifestyle."

VIDEO: 'Ballin' at the Digicel/NBA Jumpstart clinic in Jamaica