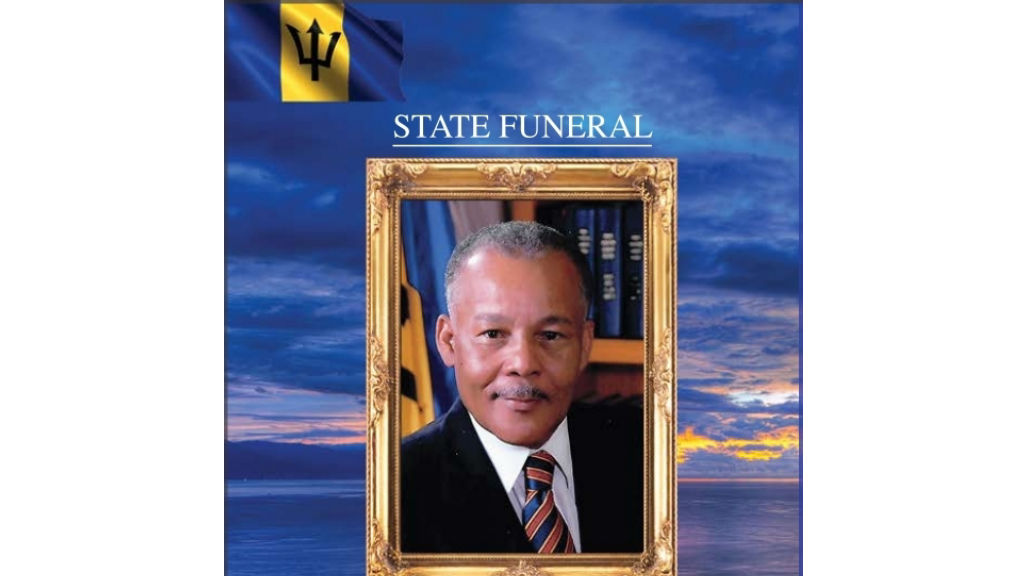 Professor, The Right Honourable Owen Seymour Arthur will be laid to rest in his beloved parish of St Peter.

The longest-standing Prime Minister of Barbados passed away on July 27, 2020.

He will be afforded a state funeral. Prime Minister Mia Amor Mottley had shared this news previously when she paid tribute to the former leader of the Barbados Labour Party (BLP).

In charge of the funeral arrangements is the current Member of Parliament for St Peter, Labour Minister Colin Jordan.

Revealing the plans for the funeral and internment as well as the days leading up to the service which will be held on Friday, August 14, Jordan said that all the locations chosen and the closed casket are in keeping with Arthur's wishes.

Jordan spoke to the media at Government Headquarters on Bay Street on Friday (August 7).

The funeral service will be at the St Peter's Parish Church next Friday from 2 pm.

His final resting place will be the newly opened Mount Pleasant Memorial Gardens in Pleasant Hall, St Peter. This location is to the East of his primary school All Saints Boys School at the time and up the road from Benn Hill where his family resided. His father was a well-known shopkeeper in Benn Hill as well and many members of his family and close friends are from that Benn Hill, Mount Pleasant area as well as throughout the entire parish.

As a politician Owen was "the man" for St Peter from Benn Hill to Diamond Corner, Rose Hill and Black Bess.

Throughout his tenure as the fifth Prime Minister from 1994 to 2008 he was the Member of Parliament for St Peter and he also served the constituency as the Leader of the Opposition BLP in 2010 and when he resigned from the BLP in 2014 he continued to serve his people as an Independent MP.

There will be condolence books placed at four locations for Barbadians, residents and visitors alike to sign. From Monday, August 10, a book will be at Government Headquarters between the hours of 9 am and 4 pm. Also on this day, there will be a book at The University of the West Indies, Cave Hill campus in the administration building from 9 am until 4 pm. There will also be a book in the Speightstown Library on Monday from 1 pm to 5 pm, while on Tuesday to Thursday the book will be available from 10.30 am until 5 pm.

“The body of former Prime Minister Arthur will lay in state on Wednesday, August 12 and Thursday, August 13. It will Lay in State between the hours of 10 am and 4 pm. During that time, the condolence books at the Parliament Buildings in Bridgetown will be available for signature,” said Jordan.

On the day of the funeral, Jordan disclosed:

Jordan told the media that the traffic changes will be issued by the Royal Barbados Police Force at a later date after the first rehearsal.

PM Mottley says R.I.P to the million who have died from COVID-19