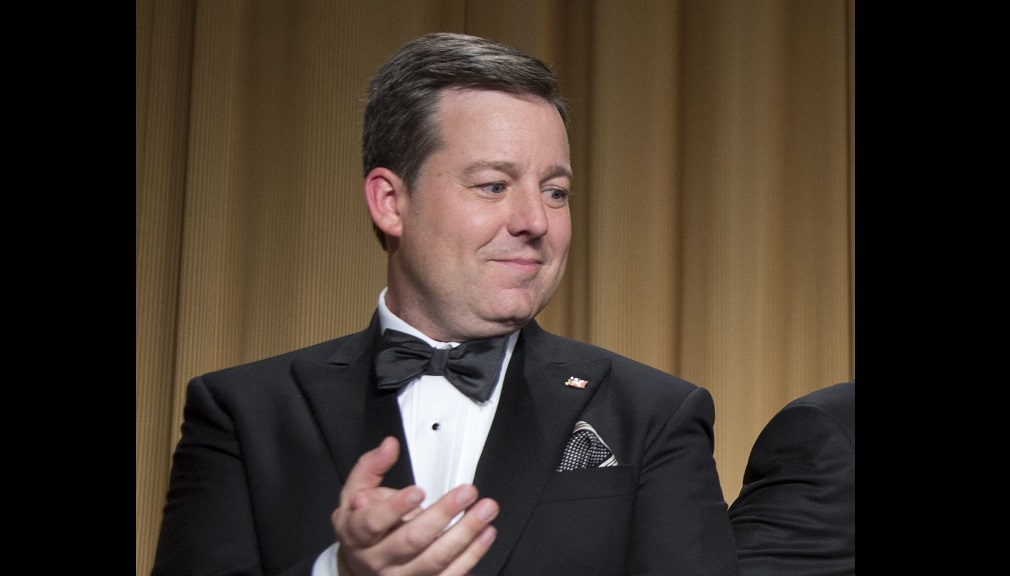 FILE - In this April 27, 2013, file photo, Ed Henry, Chief White House Correspondent for Fox News, applauds during the White House Correspondents' Association Dinner in Washington. Fox News has fired news anchor Ed Henry after it received a complaint about workplace sexual misconduct by him. Fox said the current complaint was based on an incident that happened ‘years ago.’ (AP Photo/Carolyn Kaster, File)

Fox News on Wednesday fired daytime news anchor Ed Henry after an investigation of sexual misconduct in the workplace.

The network said it had received a complaint last Thursday from an attorney about the misconduct. An outside investigator was hired and, based on the results of that probe, Fox fired Henry.

Henry, who co-anchored “America's Newsroom” between the hours of 9 am and noon on weekdays, had slowly rehabilitated his career on Fox following a four-month leave of absence that ended in 2016. That followed published reports of Henry's extramarital affair with a Las Vegas cocktail waitress.

Fox offered no details of the complaint that resulted in Henry's firing, only to say that it happened “years ago.” Henry did not immediately return messages seeking comment.

Meanwhile, HarperCollins said Wednesday that it would no longer publish a book by Henry that had been scheduled for September. Titled “Saving Colleen: A Memoir of the Unbreakable Bond Between a Brother and Sister," it was about Henry donating part of his liver to his sister.

The alleged victim is represented by noted sexual harassment attorney Douglas Wigdor. He also would not provide any details of the case.

Henry's former co-anchor, Sandra Smith, announced the firing on the air. Fox said she'll continue in her role with rotating co-anchors until a full-time replacement is hired.

Henry, a former White House correspondent for Fox, was only recently elevated to the role on “America's Newsroom.” He got the job after Bill Hemmer moved to Shepard Smith's afternoon time slot.

In a memo to staff, Fox News Media CEO Suzanne Scott and President Jay Wallace reminded employees of Fox's 2017 overhaul of its human resources operation and the avenues they can follow with a sexual harassment complaint.

Fox's late former chairman, Roger Ailes, was fired in 2016 following harassment allegations made by former anchor Gretchen Carlson. Prime-time anchor Bill O'Reilly lost his job a year later following the revelations of settlements reached with women who had complaints about his behavior.