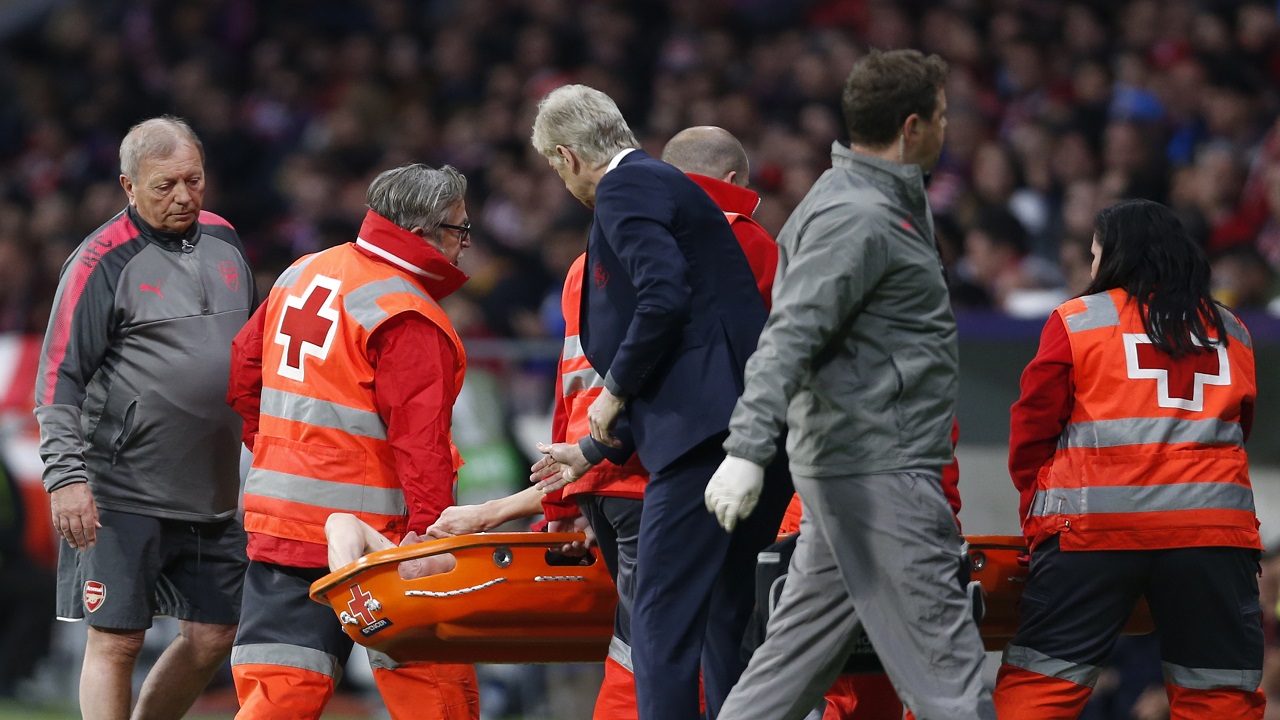 Arsenal's Laurent Koscielny leaving the field on a stretcher after injuring himself during the Europa League semifinal, second leg football match against Atletico Madrid at the Metropolitano stadium in Madrid, Spain, Thursday, May 3, 2018.

France defender Laurent Koscielny will miss the World Cup after he suffered a suspected ruptured Achilles playing for Arsenal on Thursday.

It signals the end of his international career since the 32-year-old center half was retiring from the national side after the tournament in Russia. The French Football Federation said on its website that the injury rules him out, without adding further details.

France coach Didier Deschamps paid tribute to Koscielny, a mainstay of the side since Deschamps took charge after the 2012 European Championship.

"It's a very big blow for the France team," Deschamps said. "Laurent was a senior player, who was present at the (2014) World Cup and Euro 2016. He's used to the international matches, used to the highest level and the daily life of the national side."

An elegant, ball-playing defender known for his astute passing and positional sense, Koscielny made his France debut in 2011 against the United States. He scored one goal in 51 appearances. He also played under former coach Laurent Blanc at Euro 2012.

Deschamps hailed Koscielny as "an exemplary player, very much appreciated in the squad."

He sustained the injury in Arsenal's second-leg defeat against Atletico Madrid in the Europa League semifinals. There was no one near Koscielny when he turned his foot and collapsed to the turf clutching the back of his ankle, less than 10 minutes into the game.

His absence means Deschamps will likely go with Real Madrid's Raphael Varane alongside Barcelona's Samuel Umtiti as his first-choice center half pairing in Russia. Umtiti was challenging Koscielny for a starting place, with Deschamps hesitating between them.

Veteran Marseille defender Adil Rami is considered most likely to replace Koscielny in the squad. Rami's leadership qualities have helped Marseille reach the Europa League final. The 32-year-old Rami has 33 caps and was a regular for France as it reached the Euro 2016 final.

Manchester City's Aymeric Laporte and Kurt Zouma, who is on loan at Stoke from Chelsea this season, are other possible candidates.