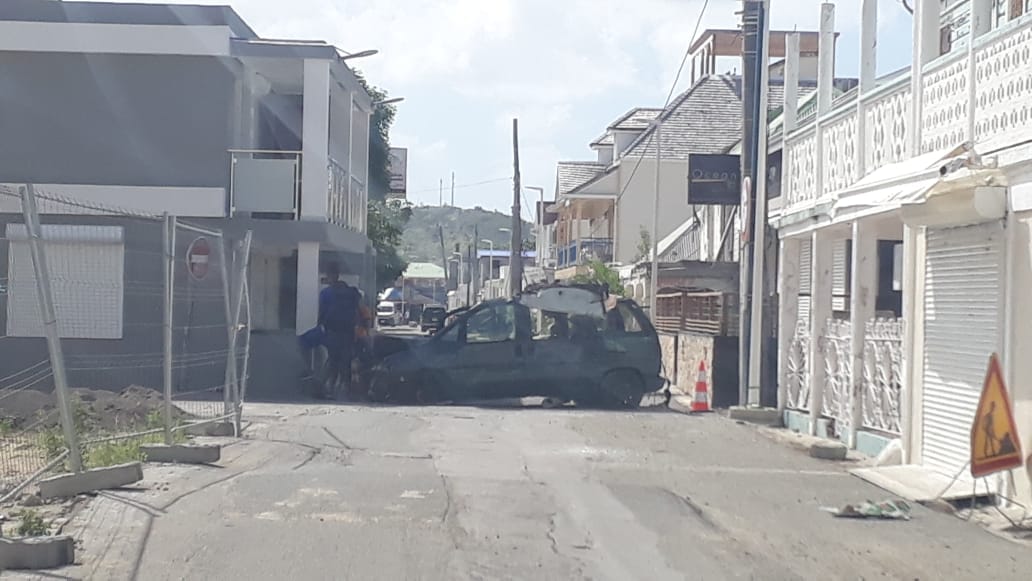 French St Martin primary and secondary schools are closed today as roadblocks continue along several main arteries on the island.

In its latest update, the Prefecture de Saint Barthelemy et de Saint Martin says traffic has been restored both ways between Marigot and Hope Estate.

However, it says blockage points remain at quartier d ' Orléans Sandy ground and the end of the rue de Holland to the roundabout.

With the persistent roadblocks, the Prefecture is recommending that the population avoid these areas and exercise caution.

Meanwhile, French Minister of Overseas Territories, Annick Girardin, has condemned the ongoing demonstrations, stating a return to calm is essential. 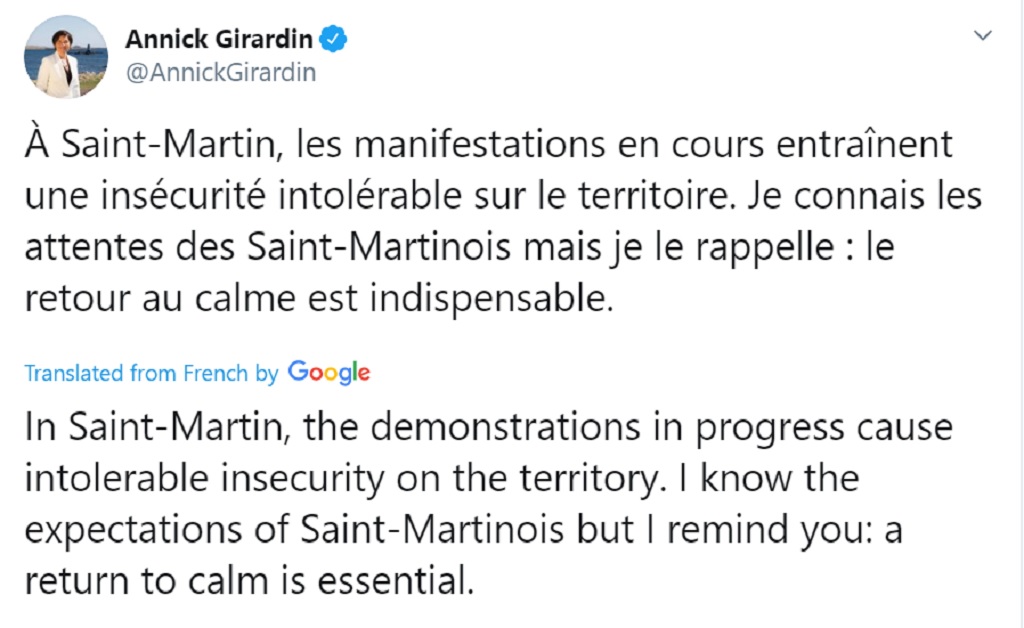 During a radio program last evening, Girardin gave the assurance that dialogue continue around the Natural Risk Protection project.

The Prefecture also maintains that the document continues to evolve.

Protesters believe the action will leave a lot of people without their homes as well as lands.

Over the weekend, Dutch St Maarten responded to the instability on the French side.

President Silveria E Jacobs implored for a return to calm and for the impasse to be resolved in an amicable manner.

On Sunday, Prime Minister Jacobs supported by the Council of Ministers, denied a request from Madame la Préfète Sylvie Foucher for clearance of commercial cargo ships to dock at the Port of St Maarten as well as for military transportation trucks to be offloaded and transported via the sea to Galisbay.

The Government of St Maarten says it continues to facilitate safe arrangements for persons and tourists going to and leaving from the French side.

OECS partners with UNICEF to increase internet connectivity in schools

Queen's College is a school of 'serious business'