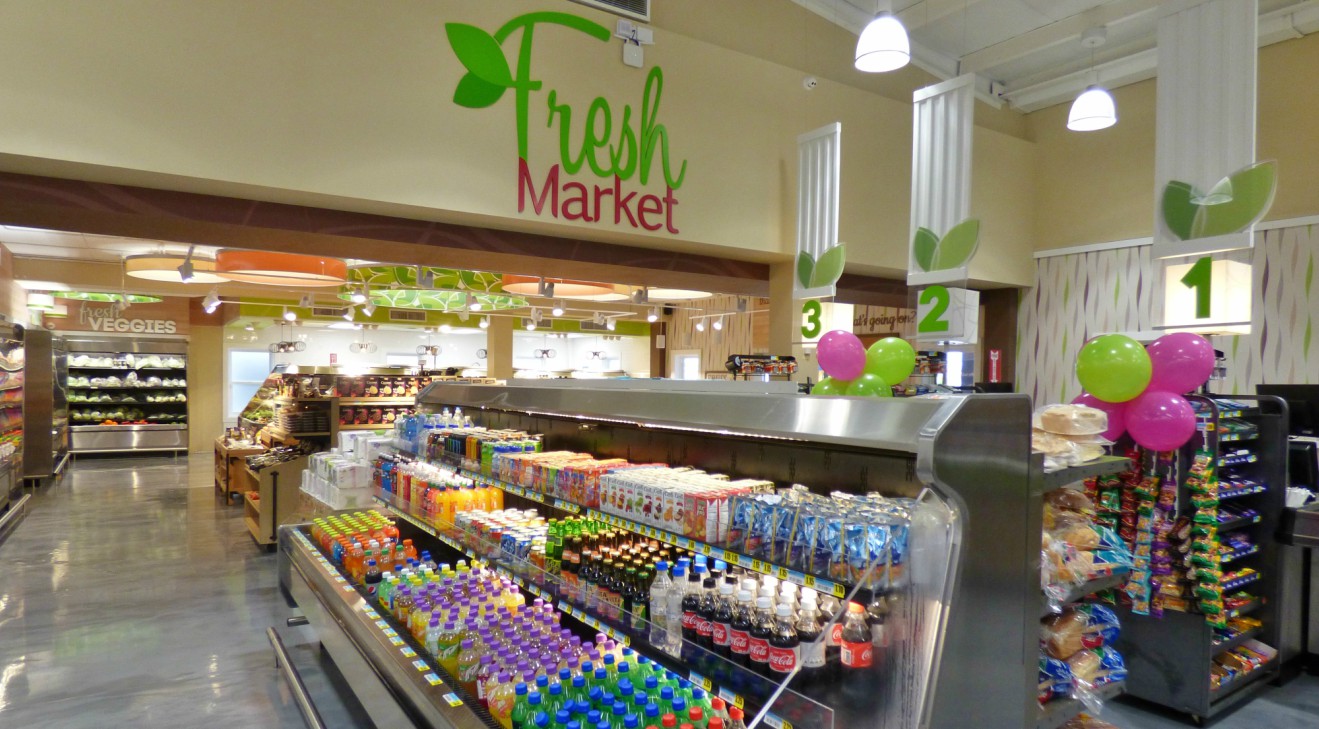 Fresh Market Grocery, located in The Villages at Coverley, is celebrating one year of operations.

While local businesses have been crying out to government for an ease in taxation, one supermarket appears to be surviving the harsh economic times.

Fresh Market Grocery, located in the Coverley Square in The Villages at Coverley in Christ Church, is celebrating one year of operations having officially opened their doors on November 3, 2016.

Earlier this year the establishment gained loyalty points with shoppers after Group Financial Controller of Fresh Market, Kirk Smith, announced they would be absorbing the price increase of the new tax measures for one month. Smith also threw the challenge out to other supermarkets across the island to do the same in light of the increase in the National Social Responsibility Levy (NSRL) and the increase in excise on fuels announced during the May budget.

General Manager of Housing Concepts SRL, Anna Clarke, said the store continues to perform well and has seen a significant growth in patronage in recent months. Clarke noted from inception, Fresh Market Grocery has been committed to supporting local farmers and has since expanded its local selection of fresh produce. She said the goal going forward is to continue to enhance and improve Fresh Market’s products and offerings, as well as ensuring that a high level of customer service is delivered always, adding these are the main driving forces behind the business.

To mark the first anniversary and to say thank you to its customers, Fresh Market Grocery will be giving back to all patrons by hosting an in-store competition. The competition runs from November 1 to December 31, 2017.