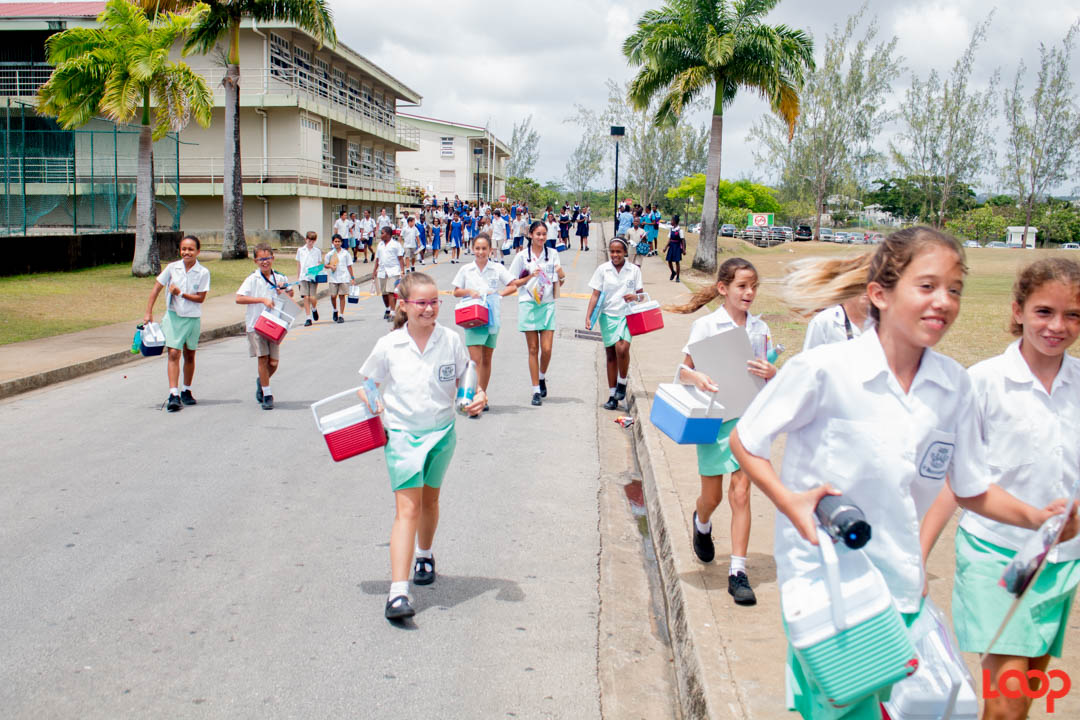 Primary school students see at least one secondary school during their seven years of schooling and that is usually on the day of the Barbados Secondary Schools Entrance Examination, commonly known as the 11-plus.

Through this series, Loop Lifestyle is hoping that students can see that all schools have unique differences and cultures but great memories are made at all, some great people learned at each and best of all they can attend and add their names and memories to the pot for future generations as well.

Here are some facts and stories about this week's schools:

In the Major Barker era they had the one-foot rule. Students in relationships there at that time for sure remembered this rule.

Like how many schools have “To be a pilgrim”, at Foundation, even if you don’t know the words to the whole school song, together the whole student body would sing the last line, “And together we’ll succeed!”

If you went CCFS, you should know Herbert the guard. Herbert is to Foundation, what Mr Maughn is to QC.

Note: The school’s cross-country at the end of the first term saw children running or walking through the Christ Church cemetery and then out on to the road. It was a student-day out practically because, by the time you’re done, it was lunch and time to go home and sleep.

It’s one of the newer schools, and if you like Queen’s College’s design, some things about Lester Vaughan will look very familiar. Look at the roundabout and the front by the offices especially, and the hall.

When the St. Leonard’s Girls school closed, students who had not yet graduated were moved in October of 1997, to the Lester Vaughan School.

Lead Pipe and Walkes who both enjoyed a stellar Crop Over 2019, are old scholars of LVSS. Professional jockey, multiple Sandy Lane Gold Cup winner Jalon Samuels went there too.

Under the tutelage of now Retired Principal Jeff Broomes the school got a tie. He said he wanted to raise school pride.

If you don't want the canteen food, you can get food and drinks from behind the bus stop. If you know, you know.

There are unofficial school buses - the minivans that come from town straight to Parkinson and go from Parkinson back to town packed like a barrel sent from over and away...to the MAX!

It’s the only all-boys public secondary school. In 1952, the school was relocated from its original site on Baxters' Road.

They had a headmaster known as Sheriff.

It now has a sixth form with a burgundy tie and the school is fairly big. Did you know the former St. Leonard’s Girls’ School building underwent renovations and is now occupied by the St. Leonard’s Boys’ School?

Note: School starts at 8.00am and ends just after 2.00pm, so they are out early like students of The St. Michael School. They can get home before many others even finish school.

Yuh aint went CP if yuh aint know the backtrack to get to Speightstown fast. However, thought the walk across the school gap was a killer most evenings, many memories were made on that trek.

If you went there, you know bout Ms Barker chicken necks and gizzards from the canteen before and after school, or buying pizza from Zoomer on evenings.

Cawmere got the breezeway, CP got the tunnels at lunchtime.

Alwin Adams, a principal had the alias Gonk man, while the Deputy Principal who was known as Short man used to have students running when he was coming down the corridors.

Note: The views from the fourth form block and by the canons by the principal’s office are and will always be amazing. Having a rough day? Go there!

Editor's note: If your school has not been covered yet, please feel free to email us at loopnewsbb@trend.media or message us on Instagram or Facebook and tell us some fun facts about your school.