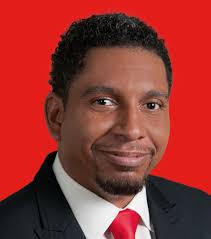 St Vincent and the Grenadines' Minister of Finance, Camillo Gonsalves

It is early days yet, but St Vincent and the Grenadines’ Minister of Finance anticipates the Medicinal Marijuana industry in that country will be a significant boost to the Eastern Caribbean nation’s economy, and its exports.

Last month local and international businesses clamoured for and were issued with the country's first-ever licenses to cultivate commercial medical cannabis.

Camillo Gonsalves, who is the son of the country's Prime Minister Dr Ralph Gonsalves, told LOOP NEWS on the sidelines of a CARICOM Foreign Ministers meeting which coincided with the end of the state visit of Kenya’s President Uhuru Kenyatta to Barbados on Friday, there was still some ways to go.

“We are at the stage currently where we have just begun issuing licenses to approved medicinal cannabis either cultivators or those who will do some value-added production in the pharmaceutical space with Medicinal cannabis.

“What we as small states, or rather, what we in St Vincent and the Grenadines have decided is that as a small state, we are trying to carve out space for an industry in the cannabis area while remaining compliant with existing treaty obligations under international law,” he explained.