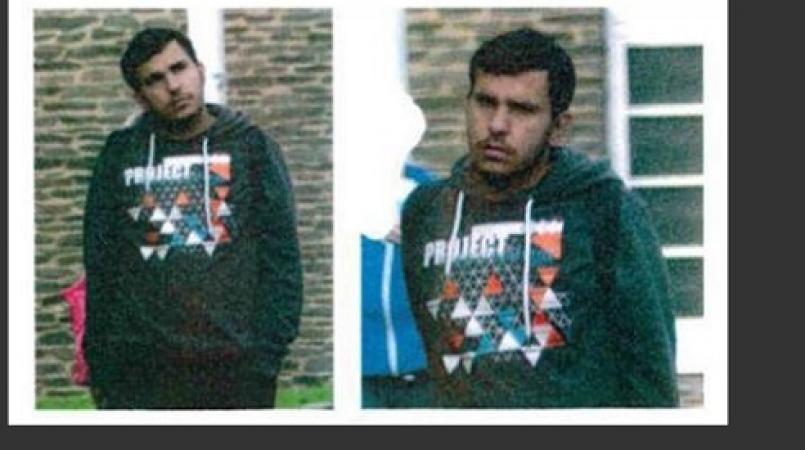 German investigators found several hundred grams of "highly volatile" explosives in an apartment they raided Saturday in the eastern city of Chemnitz as they sought a Syrian man suspected of planning a bombing attack.

The suspect remained on the run but three contacts were detained and being questioned, police said.

Saxony police spokesman Tom Bernhardt told reporters the explosives were found by investigators who combed carefully through the apartment, which was raided midday.

"They were not just lying out on the kitchen table, they were relatively well hidden," he said.

About 100 people were evacuated from the five-story apartment building in Chemnitz as the bomb squad removed the explosives, which were not considered stable enough to move far. They were then destroyed in a controlled detonation, police said.

"It's a highly volatile mixture," Bernhardt said, adding that experts said it was considered it more dangerous than TNT. He did not identify the type of explosive.

The apartment was raided after local authorities received a tip from Germany's domestic intelligence agency that the suspect might be there and that he was thought to be planning a bombing attack. When police knocked down the door, however, no one was inside.

Saxony police put out an alert, identifying the suspect as 22-year-old Jaber Albakr from the Damascus area, and urged anyone with information of his whereabouts to contact authorities. They released a photo of a dark-haired man wearing a hooded sweatshirt and said he was last seen wearing similar clothes.

"We have to assume that he is dangerous," Bernhardt said.

Two people who had "contacts" with Albakr were taken into custody near the Chemnitz train station and a third was found downtown, Bernhardt said, adding they were being questioned with the hope that they might help authorities find Albakr.

Authorities have not said where or when they think the suspected attack was going to take place.

The German news agency dpa, citing unidentified German security sources, said the suspect is believed to be connected to Islamic extremist groups. Bernhardt said, however, that police are still trying to determine what his motivation might be but said the man was "known" to German intelligence.

Authorities released no details about how long the suspect had been in Germany, and Bernhardt said it was unclear whether he had come in the huge wave of asylum-seekers in 2015. Germany took in 890,000 asylum-seekers last year, and Syrians fleeing civil war were the single largest group.

Neighbours reported hearing an explosion during the raid, but that was the police team blowing open the apartment door, police spokeswoman Kathlen Zink told The Associated Press.

Germany has been on edge since two attacks this summer claimed by the Islamic State in which multiple people were injured and both assailants died. Two other attacks unrelated to Islamic extremism, including a deadly mall shooting in Munich, have also contributed to fears.

FEATURED IMAGE CAPTION: In this photo provided by police Sachsen shows Syrian 22-year-old Jaber Albakr from Damascus, and is urging anyone with any information of his whereabouts to contact authorities.