Germany's Merkel fends off worries about her health 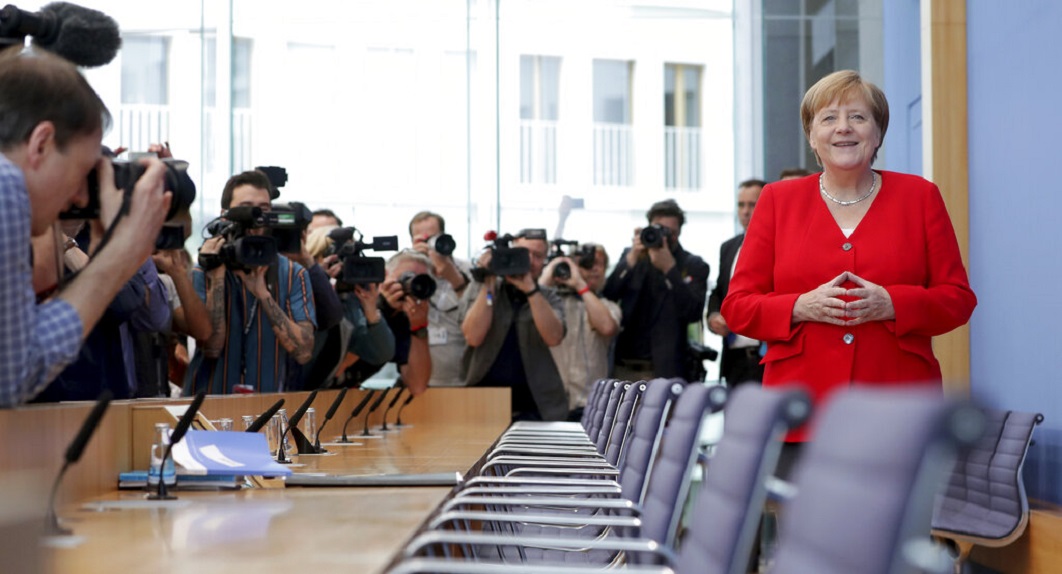 German Chancellor Angela Merkel fended off worries about her health on Friday, saying that she has a personal interest in staying healthy and having a life after politics.

Merkel said that she understands questions about her health after three recent incidents in which her body shook as she stood at public events. But she said she's aware of her responsibility as chancellor and "can exercise this function." She has said that there's no reason to worry.

Merkel, who turned 65 this week, recalled that she has ruled out seeking a fifth term as chancellor.

"I have said that 2021 will be the end of my political work and I hope that there is a life after that — and I would like to lead it in good health," she said.

Merkel still enjoys solid popularity ratings, but her party's performance in polls has been poor recently and it remains unclear who will be her party's candidate to succeed her as chancellor, a job she has held since 2005.

Last year, she gave up the leadership of her centre-right Christian Democratic Union party. That job was won by Merkel ally Annegret Kramp-Karrenbauer, who has struggled to establish her authority and this week entered Merkel's Cabinet as defense minister — a move widely interpreted as being intended to strengthen her claim to the top job.

"I am not exerting any influence on my succession — the party will have to decide that in the future," Merkel said. "But Annegret Kramp-Karrenbauer is the party leader and so of course is in an important and decisive position."

WATCH: Santia adds cancer survivor to her list of titles