Get to the airport if stranded in Tortola after Irma 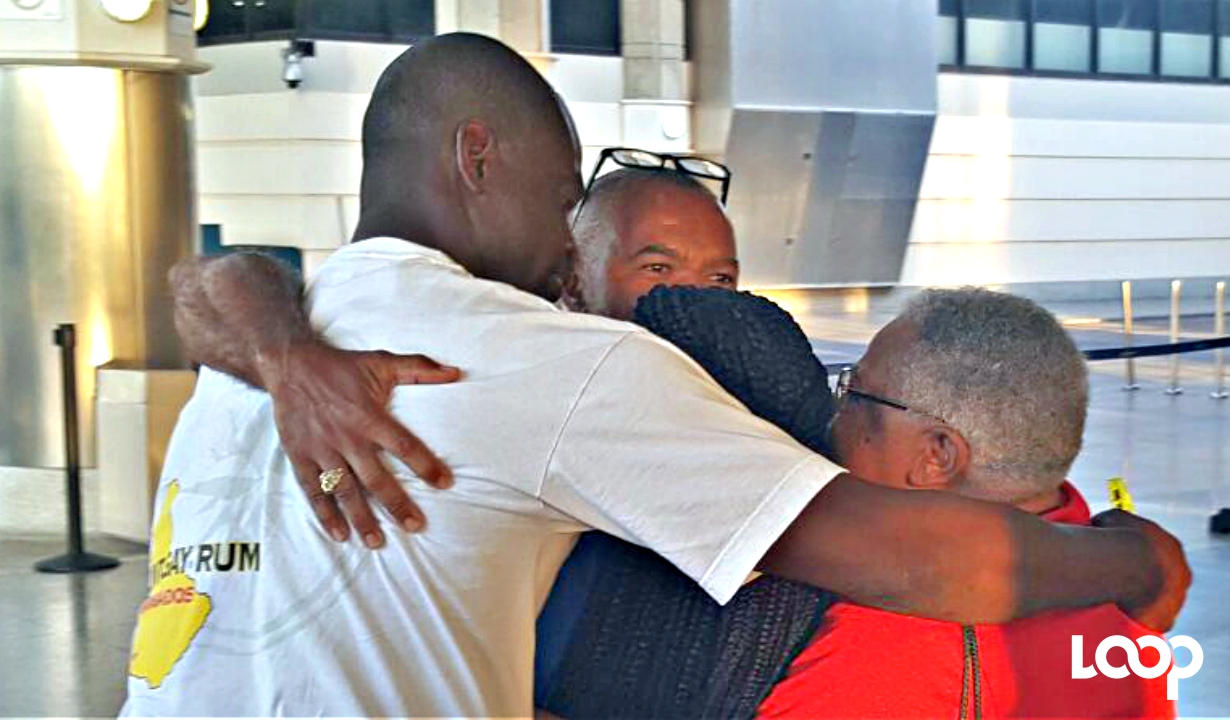 John Whitney, one of the 12 who were returned home this evening, being embraced by his family.

Barbadian citizens and residents who returned home today from hurricane ravished Tortula in the British Virgin Islands are urging all others who are still stranded abroad to pressure the officials and military at the airport.

“If they are stuck in Tortola and want to be evacuated, go every day to the Terrance B Lettsome International Airport in Tortola. Take your passport and all your relevant documentation. If there is a roadblock, you need to let the folks at the roadblock know that your Ministry of Foreign Affairs has told you to go to the airport. Let whoever is in charge there know that you are there to be evacuated. Push your agenda hard. Don’t take ‘no’ for an answer. Don’t go back home. Stay there and push it until you are on a plane. Be prepared that you may not be allowed to bring all your luggage because Sheena told me they are evacuating sick and injured people as well. Just go and come home.”

This is the advice of Lois Oliver, who saw her sister Sheena Bancroft today for the first time in some eight months.

Asked if working with the Barbados Ministry of Foreign Affairs was difficult since some people are complaining about emails not sending or bouncing back, she shared, "It was not challenging.

"I admit we found it a bit frustrating because we thought it was taking too long but I appreciate, I think we all appreciate it has to be a mammoth effort to try and coordinate something like this with airports closed, communication sporadic and down, not knowing exactly where people are, relying on social media, so we appreciated that.”

Oliver gave heartfelt thanks to the Ministry especially to volunteer Rhanda Williams for keeping them updated and to the Ministry for spearheading the effort. “It really means everything to us to have Sheena back with us.” 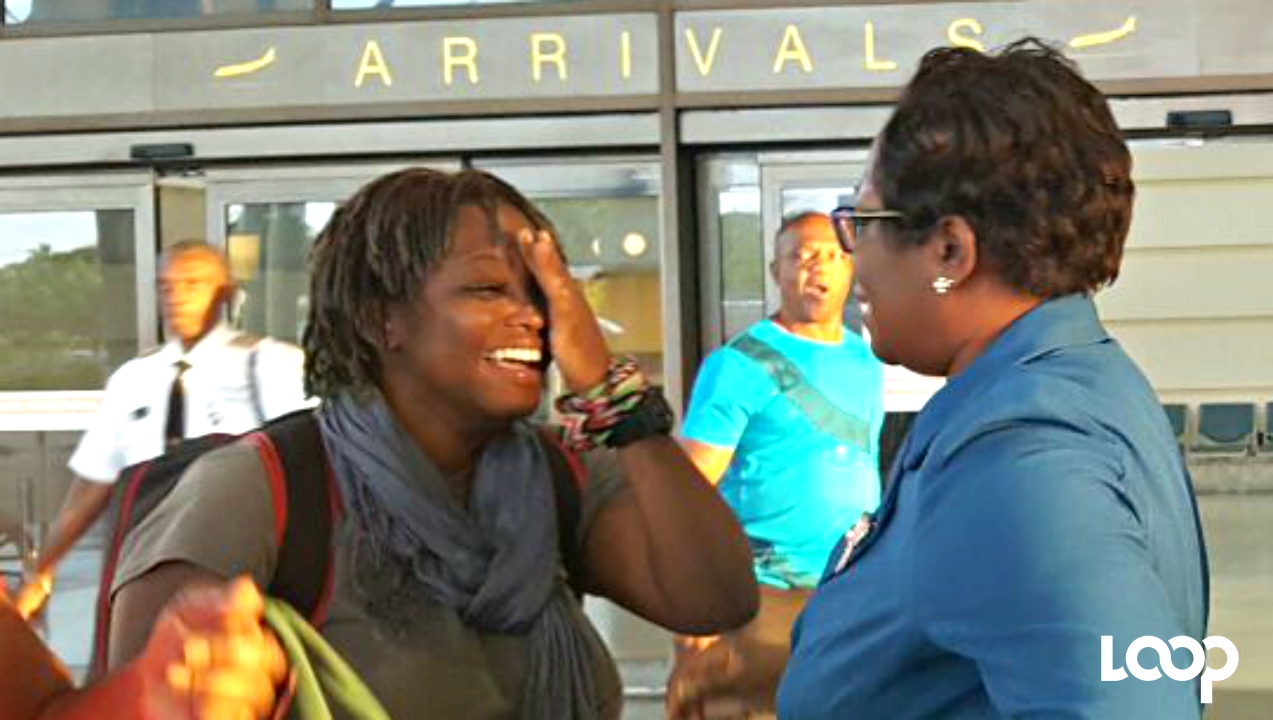 Embraced by her family and wiping away tears, Bancroft revealed that she hasn’t slept more than eight hours since last Tuesday. Hurricane Irma moved across Tortola, Wednesday, September 6, 2017.

Turning to Marva Moffie, one of the 12 who came home on a Royal Air Force jet with the British Military this evening, Bancroft said she [Moffie] started the outreach to get home and Bancroft’s family ended it.

Like her sister, Bancroft told persons in need of dire help to push their way back home at Tortola's airport.

Though Oliver spoke to Loop News before her sister exited the Departure Lounge of the Grantley Adams International Airport just before 6:00 pm, the two sisters’ words were almost a mirror image of each other. Bancroft stressed, “Go to the airport. Speak to somebody in camouflage. Speak to someone in the reflective vests. Speak to somebody. Somebody will know how to help you. Go early in the morning. Sit down whole day and ask questions. Every time you see somebody go and ask. Push! Insist! Make sure you get out! Anybody, somebody will help you.”

Stranded persons are being encouraged to be determined. “Make it work. Stay together. If you can find people that you can stick together with, sometimes people need that little shoulder so that they can be strong, find somebody you can hook on to," advised Bancroft.

Stating that Hurricane Irma’s impact is uniting the Caribbean islands, she added “There are people that want to get to Barbados and other countries so they can get out. Come together like that. Not just Bajans coming together, the whole Caribbean community coming together. It has potential to grow back, but you need to get out to start back again.”

The twelve were scheduled to return to Barbados yesterday, Tuesday, September 12, but because of some red tape issues they were put on standby according the group. 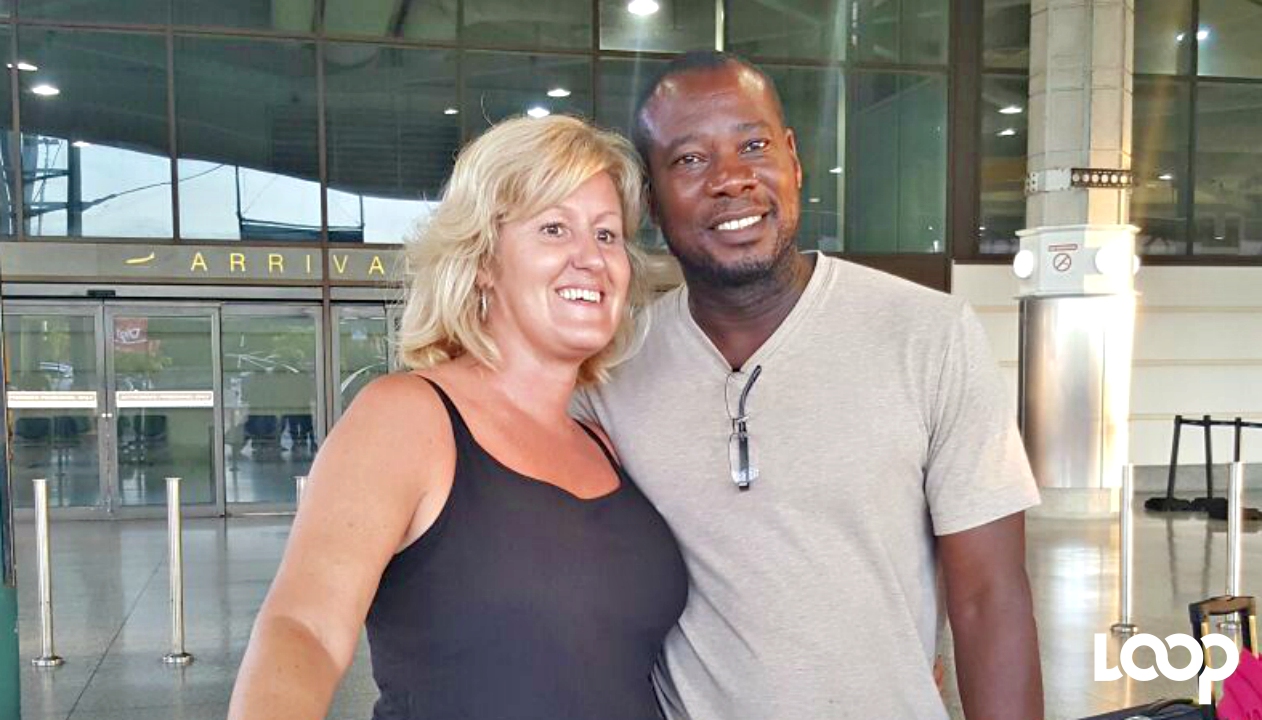 But telling persons not be discouraged or disheartened when hiccups happen, because there are persons who are willing to help even in those low moments, was Barbadian resident Glenna Smith.

Visiting the island along with her husband Barbadian Romeo Addison, Smith said that on top of everything, a Good Tortola Samaritan helped them all get home finally in the last stages.

“Late afternoon yesterday we were told that we are on a military evacuation and we were to hold in a certain area and there was a gentleman from the Barbados military and he kept coming back and checking on us and then finally he came back and got our passports around 7:00 pm, and at 7:30 pm we were told that we can’t get on the plane because they hadn’t gotten approval through the Barbados government in time,” she said holding back tears.

But luckily, she said that when the 12 of them were upset by the news, a local policeman stepped up and offered to put up all 12 persons and then he returned them to the airport this morning.

From there the British Army took care of them, fed them and made sure they were safe. “It feels really good to be home,” said Glenna and her husband added, “I am very happy to be home and I won’t be leaving the island for a while.”