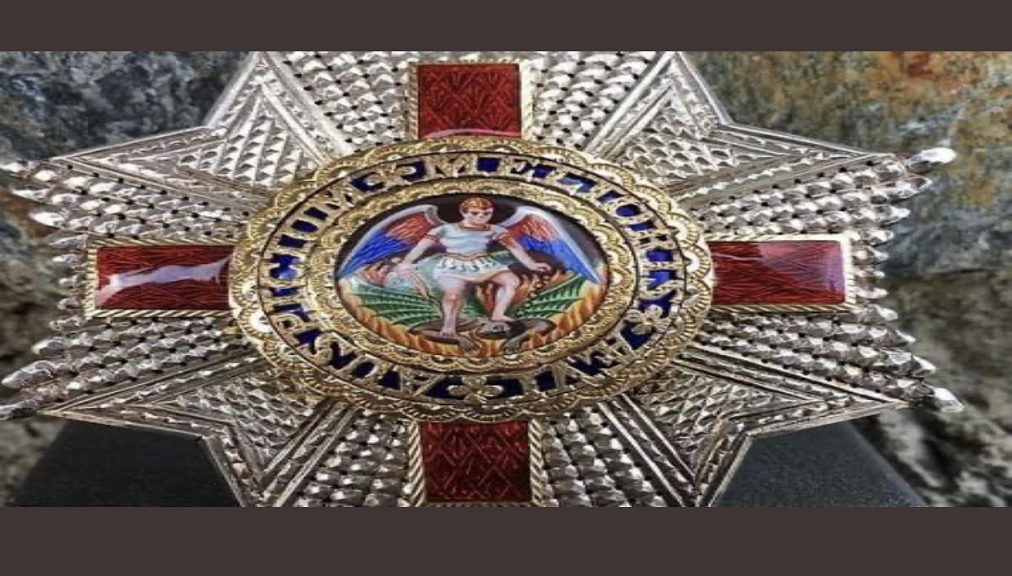 The insignia of St Michael and St George (GCMG)

The Governor-General Sir Patrick Allen has suspended personal use of the insignia of St Michael and St George (GCMG) and has asked his office to initiate an immediate review of all insignias that may be considered racialized or culturally inappropriate.

A release from King’s House said the Governor-General has acknowledged concerns raised by citizens over the image on the medal and the growing global rejection of the use of objects that normalize the continued degradation of people of colour.

The insignia depicts a white man, cited as a triumphant archangel, with his foot on the neck of a black man deemed to be ‘Satan’.

The issue has triggered outrage among Jamaicans who have argued that the issue reminded them of the gruesome death of George Floyd, a black man who was killed by a white police officer who knelt on his neck for several minutes in the United States recently.

The Governor-General has also sent a letter to the Chancellor of the Order of St Michael and St George requesting a revision of the image used on the medal, and recommending that it be “changed to reflect an inclusive image of the shared humanity of all peoples, the release said.