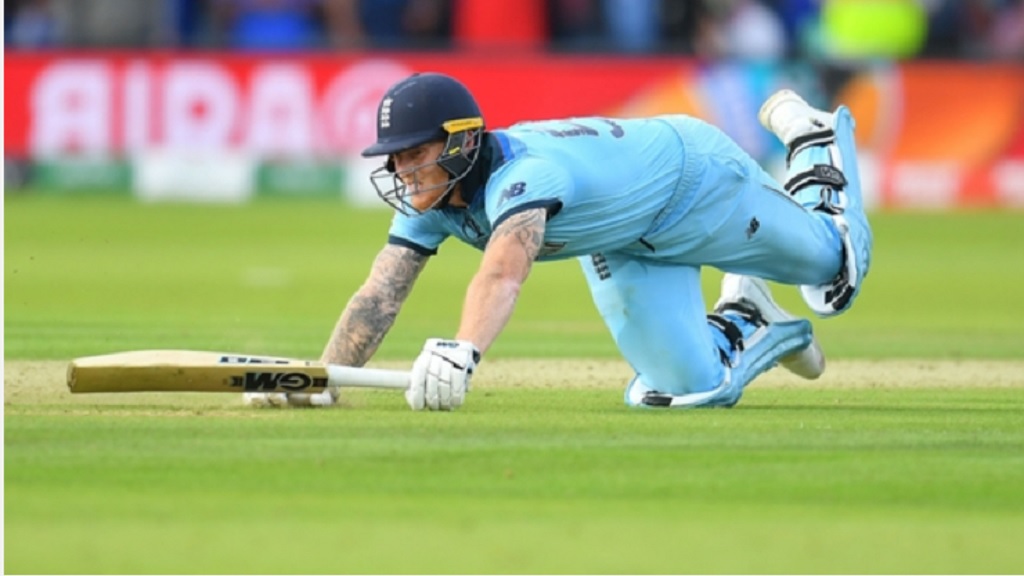 Ben Stokes dives as a fielded ball hits his bat and runs away for a key boundary in the World Cup final.

England director of cricket Ashley Giles is uninterested in claims they were erroneously given an extra run in their incredible World Cup final win over New Zealand.

The tournament hosts lifted the trophy for the first time courtesy of having struck more boundaries than the Black Caps after the scores were tied at the end of 50 overs and then a Super Over.

However, arguably the pivotal moment in a bewitching contest came with the fourth ball of England's final over as, after hitting a full toss to deep midwicket, Ben Stokes inadvertently deflected Martin Guptill's throw to the fence as he ran back for two.

England were awarded six runs to take them within three of victory, falling one short but eventually prevailing on boundaries after both teams scored 15 in the Super Over.

But MCC rule 19:8 states that additional runs to a boundary from an overthrow or wilful act of fielder can only be awarded if the two batsmen have crossed at the time of the throw.

Stokes and Adil Rashid had not crossed when Guptill released the ball, and five-time ICC umpire of the year Simon Taufel said England should have only been awarded five runs, describing the six as a "clear mistake" and an "error of judgment", though he conceded the difficulty of officiating such a freak turn of events in the heat of the moment.

That is of no concern to Giles, who when asked whether the extra run mattered to him replied: "Not really.

"You could argue the last ball that [Trent] Boult bowled was a full toss on leg stump and if Stokes' hadn't just been looking for two he probably would've banged it out of the ground anyway.

"We are world champions; we have got the trophy and we intend to keep it."