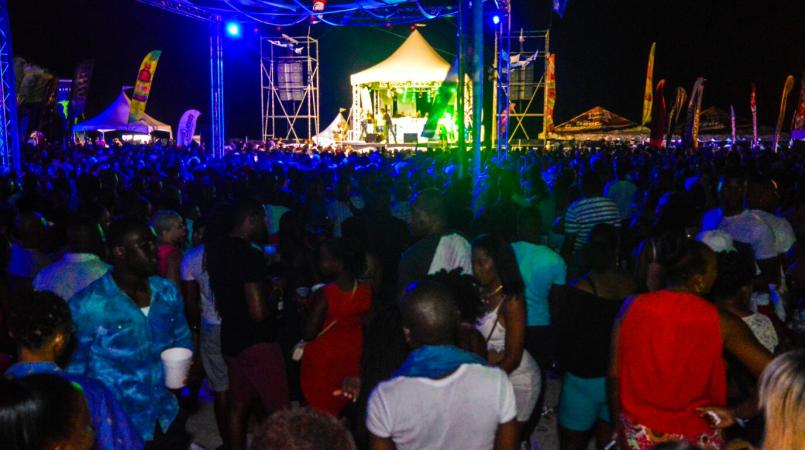 Pirates Cove's Daiquiri Beach was packed with hundreds of soca lovers on Friday night, as they came out to see their favourite soca artistes perform.

Hosted by 'Mr.Palance,' Jason 'JW' Williams, the event began from 9:00 pm and ran until the wee hours of the morning.
DJs Monstapiece, Daddy Fabian, Jesse T, DJ Kashi, Ras and Chasey, Hutchy and Sizz, Shelldown Team, Soca Superman rocked the crowd throughout the night along with performances from some of the best soca artistes in the region.
Loop News caught up with a few individuals who attended the event:

"The event was amazing, the people, the vibes, the music, everything was great! I was looking forward to this event for a while and lucky for me I was not disappointed. From start to finish it was crazy vibes, everybody came out early, the place was packed and everybody made sure they had a good time, no fights or bad vibes everything just ran fluently."

Another patron who endured a few challenges getting into the event and purchasing drinks at the bar, admitted that it was a good show after all:

"It was a little hard making it into the event and ordering drinks with the long lines, but as soon as performances started I wasn't bothered anymore.
"I came here to see Ricky T and Ultimate Rejects and I was so glad they didn't come on stage, sing one song and run off. They really gave the people a good show for their money and for that I can't say anything bad about the event."

Loop News also caught up with Trinidad and Tobago's 2017 International Soca Monarch winner Aaron 'The Voice' St Louis,  who described the experience as "amazing". He thanked Bajans for all the love and support they have been giving him, referring to Barbados as his second home:

"Every time I come it's just an amazing experience, the beaches, the people especially the crowd response from the people - they're really into the songs and I appreciate that.
" give thanks to everybody for all the love and support in Barbados, it's like my second home."

"I'm feeling very good about our performance, it was a joy and a pleasure to be here! Last time I was here was in 2009 so it has been a long time coming."