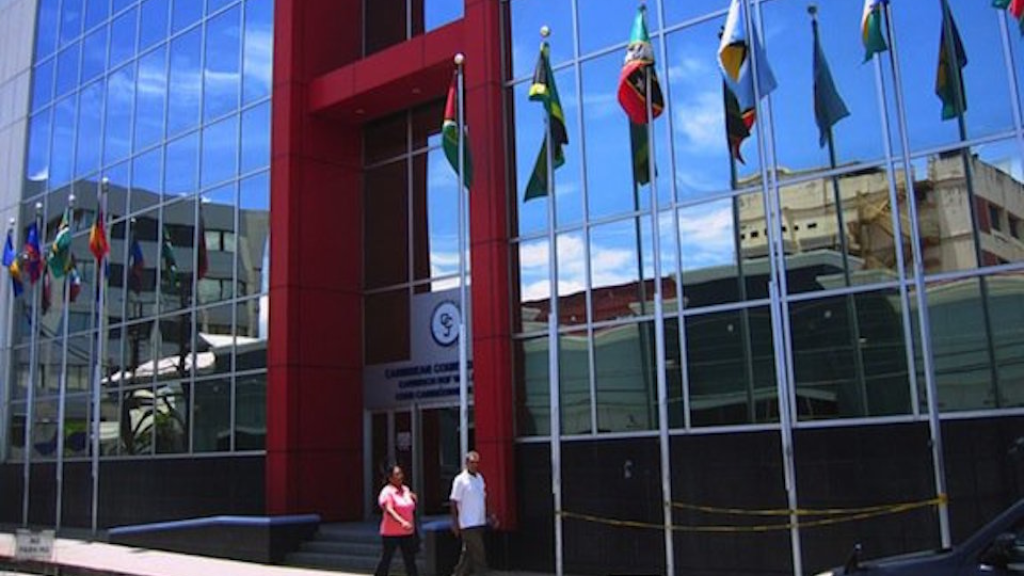 The Caribbean Court of Justice has sent a strong message to Barbadian judges about the need for parity in sentencing.

This precedent-setting decision came yesterday as the court reduced convicted killer, Teerath Persaud's sentence from 25 to 18 years, a sentence that now almost equals that of his co-convict.

Although the crux of the ruling is that the parity principle applies in Barbados where differences in sentences of co-accused are substantial; the judgment also emphasised two other significant guidelines for the island's judicial system.

Firstly, the final court of appeal ruled that a discount of one-third of the sentence should be given for an early guilty plea and also gave guidance on how judicial officers should arrive at appropriate starting points for a sentence.

The decision stems from a highly publicised case. Persaud, a Guyanese national who resided in Barbados, and Christopher Omar McColin (co-convict), both pleaded guilty to manslaughter in relation to the death of 16-year-old  Anna Druizhinina. The teenage girl was killed at her home at Palmer's Plantation on November 8, 2008.

Persaud was employed by Druizhinina's stepfather as an agricultural worker on the plantation. However, the two had a disagreement over stolen money and the stepfather shot Persaud in the shoulder and was charged by police, however, the matter did not end there.

The court heard that Persaud decided to go to the plantation with the intention to steal but things escalated. They encountered the teenage girl, who was home alone. McCollin tied up the girl with electric wire and "used a long piece of wire to make a draw knot which he put around her neck, threw the other end over a beam in the ceiling and made the deceased to stand on a paint can and bucket, one on top of the other". The materials used were provided by Persaud.

Sometime later according to testimonies, the two discovered that she had jumped or fallen from the can/bucket. The body was placed on the bed and the house set on fire. Both men escaped.

McColin was sentenced to 16 years in prison after pleading guilty to manslaughter on February 3, 2010. However, Persaud pleaded not guilty to murder but guilty to manslaughter on September 11, 2012, and was sentenced to 25 years. He appealed to the Court of Appeal against the sentence on the grounds of lack of parity with his partner in crime and argued that the sentence was excessive. However, it was dismissed on December 7, 2016.

Yesterday the CCJ allowed the appeal. The court said they were not convinced that the case against Persaud was so dramatically different from McCollin's that it warranted the imposition of an additional nine years imprisonment.  The court, in analysing case law, said the concept of disparity of sentencing had evolved into an important principle of law and the principle of equality "requires that co-accused whose personal circumstances are similar and whose legal liability for the offence are relative should normally receive comparable sentences".

Unjustifiable disparity in sentencing, the court ruled, is seen as unfair treatment to the accused given the harsher sentence and erodes public confidence in the administration of justice.

"Public confidence is eroded if, as it has often been put, a right-thinking member of the public, with full knowledge of all the relevant facts and circumstances would, on learning of the disparity in sentences, consider that something had gone wrong with the administration of justice".

It was made clear, however, that parity does not mean equality and where circumstances are "markedly different", different sentences are required.

"We accept that the disparity in the sentence is a good ground of appeal in this case because a right-thinking member of the public with full knowledge of the relevant facts upon learning of the sentence would believe it was manifestly unfair and that something had gone wrong in the administration of justice”.

It was noted that starting points were exercises "aimed at seeking consistency in sentencing and avoidance of the imposition of arbitrary sentences". In considering the starting point for a sentence the judge must consider the type of offence and its comparison to other types of offending.

In addition, all the mitigating and aggravating factors should be taken into account instead of "only those concerned with the objective seriousness and characteristics of the offence".

Justifying the one-third discounts for early guilty pleas, the CCJ judges said such pleas were in the public interest as trials are avoided and victims and witnesses are saved from having to give evidence of often traumatic events, shortens the time between charge and sentence, and saves costs.

Applying all these reasons the court reduced the sentence to 18 years.