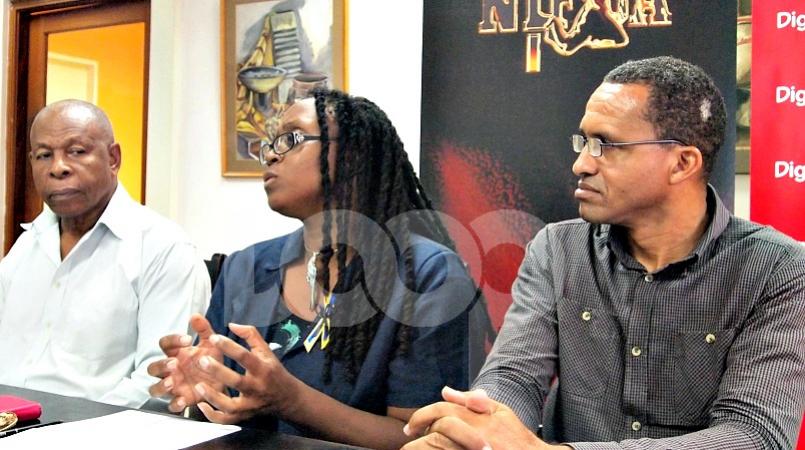 The Digicel Music & Theatre Night performances of NIFCA come off on October 29 and 30 respectively.

Cultural Officer for Music with the National Cultural Foundation (NCF), Ronald Davis, is of the view that commercial value exists for many of songs produced for the National Independence Festival of Creative Arts (NIFCA) and he hopes corporate Barbados will assist in taking the musical productions from the NIFCA stage to the rest of the world.

His comments were made during a press briefing on NIFCA’s Digicel Music and Theatre Nights to be held on October 29 and 30 respectively.

Davis said for this year out of the 118 songs that were submitted, 39 of them were originals. He said with incentives such as the Jackie Opal Award more people, juniors especially, were coming on board with the NCF’s Songwriting Workshops.

“I think that augurs well for the future because we are trying as much as possible to have that real local input as opposed to persons really copying songs. I think that this year we are really tops as far as originality is concerned and we’re going to go far."

He said there are about five songs coming out of the competition that he believes can create a ripple effect of songwriters if recorded for the public.

“I would also like to say - after NIFCA is one of my concerns. I think we ought to find a way to take those persons who did well from the finals to have them showcase in the wider community.

Some of the songs that came out this year really have commercial value, I don’t know how we are going to find the funds but I think we need to try to find some way to have these songs recorded. If people hear the songs are making it on the radio and internationally I think they will be encouraged to write even more. That is where we want to take it really.”

Chief Cultural Officer of the NCF, Andrea Wells, spoke to the theatre aspect of the festival and she noted the festival has been contributing greatly to the development of theatre arts which is evident with the recent tour to London the NIFCA ensemble embarked on.

She said there will be 14 theatre performances from a range of secondary school students and professional actors in addition to a performance by a special needs group, Phoenix Performers.

Communications company Digicel has come on board for the third year as the title sponsor for the Digicel Music Night entitled ‘Crescendo’ and the Digicel Theatre Night entitled ‘Visionaries’. Senior Marketing Executive Joseph Charles said the festival has proven repeatedly to be a "worthy investment".

For this year’s festival three lucky winners out of the gala will receive scholarships to study in Cuba at the National School of the Arts.