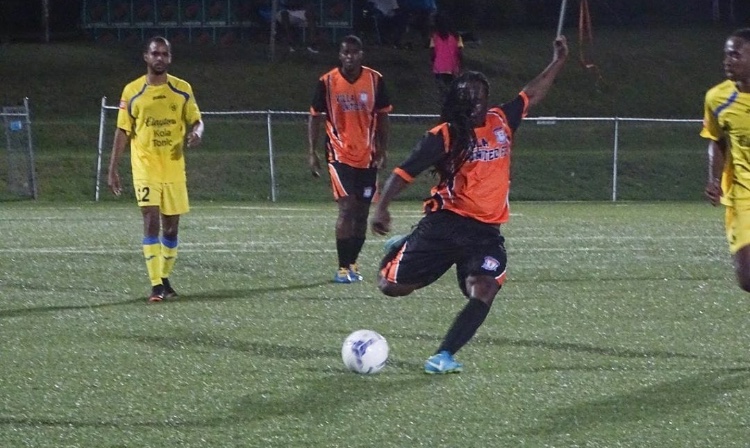 The fleet-footed marksman netted in the 5th, 8th, 31st, 51st and 88th minutes.  Ellerton’s other goals came from Rashon Gittens in the 10th minute, Rosean Brathwaite 40th minute and Shaquan Clarke in the 45th minute.

In the Wednesday’s nightcap, Cosmos FC fought bravely against Empire SC but the “Blues” from Bank Hall were too much for their inferior ranked opponents, defeating them 3-1.

Zinho Harris scored in each half to lead his team’s attack; scoring in the 5th and 72nd minutes.

Renaldo Farley got on the scorecard for Cosmos in the 36th minute.

Paradise FC flexed their muscles against Division One bound Fitts Village FC in an 8-1 trashing.

Chai Lloyd marked his return to competition with a hat trick.  Lloyd scored in the 12th, 40th and 55th minutes.