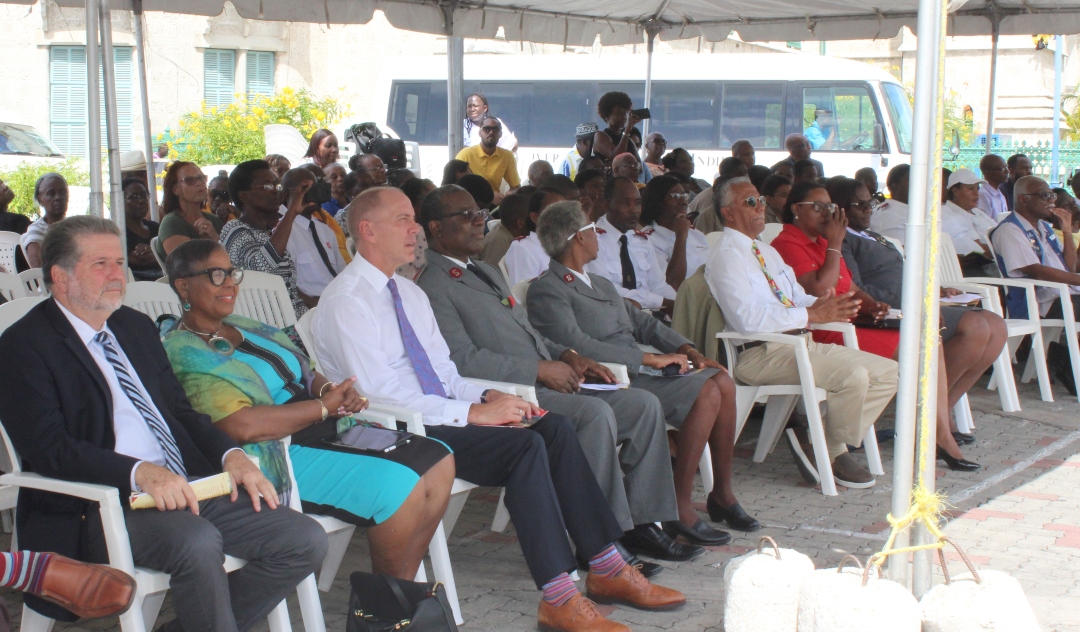 The Salvation Army has had their welfare stipend cut by government and Chairman of the Board, Paul Bernstein is calling on government to restore the funds as demand has increased on the charitable organization.

Bernstein explained the Salvation Army has seen an increased need for the services they offer, noting the number of people making use of the feeding program is “increasing all the time”.

“It is a double strain for us because when they cut the stipend it means less income and when things are tight in the austerity times there is more demand on the Salvation Army. It is a combination of having to feed more people and less income coming in from the Welfare.”

He went on to elaborate that for 2018 the Salvation Army had 170 persons using the feeding program on a daily basis and now in 2019 that number has jumped to 210 persons.

Bernstein said it was decided by the Salvation Army not to cut any of the services offered but rather to seek out additional donations and sponsors from corporate Barbados.

He said he is “optimistic” about the target of $70,000 set for this year Christmas Kettle and Letters Appeal and he believes citizens and companies will continue to give generously.

“People in Barbados are very generous… if it is difficult for people who have, can you imagine how difficult it is for people who don’t have? The kindness of the Barbadians has been good over the years and we set a target that we believe we can reach. I am very optimistic about it.”

Meanwhile, Minister of Elder Affairs and People’s Empowerment, Cynthia Forde confirmed the welfare stipend was reduced for the Salvation Army and she stated the cut was made under the previous Democratic Labour Party (DLP) administration.

She said as the economy continues to improve, there is room for government to give the 22 charities under the Ministry’s umbrella an increase in funds.

“We know that they [Salvation Army] need some funds and we will do what we have to. The money was cut in the last administration but we still give a stipend. Once the Salvation Army puts a case and the economy allows it, it will improve not only the Salvation Army but all the others. We will see how it goes.”

The Salvation Army officially launched its Kettle and Letters Appeal in Heroes Square The City this morning.