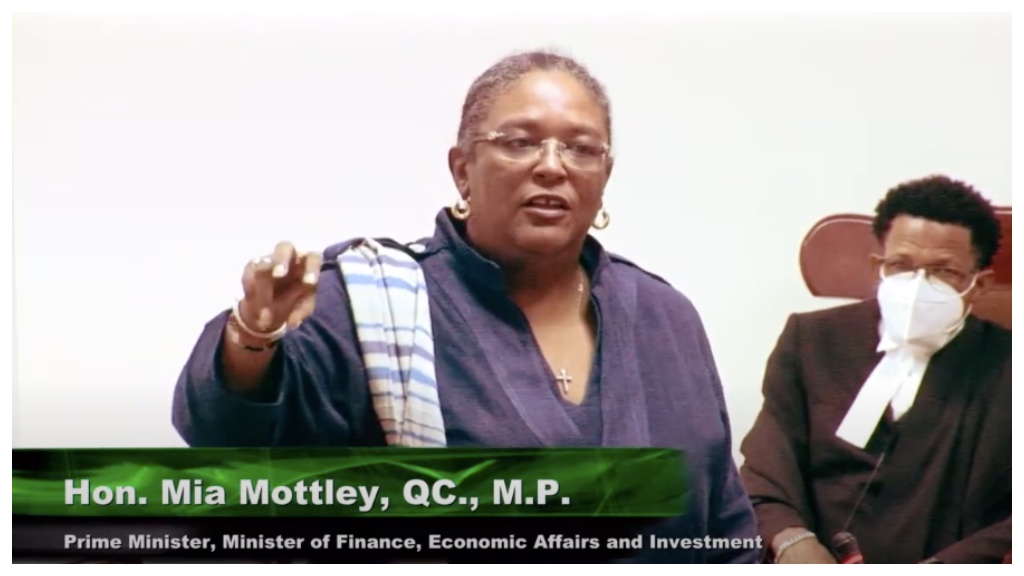 Prime Minister Mia Mottley speaking in the House of Assembly on Tuesday.

The Barbados Government is pushing for the renaming of the University of West Indies Cave Hill campus.

On Tuesday, during her address in the House of Assembly, Prime Minister Mia Mottley declared Government's intentions to rename the university after Barbados' longest-serving prime minister, Owen Seymour Arthur.

Prime Minister Mottley stated that she approached the Vice-Chancellor of UWI, and the decision was in their hands.

Mottley said that Prime Minister Arthur, who passed on July 27,  was a "fine" example of the quality of students to come from the regional tertiary institution.

She indicated that the renaming of the Cave Hill campus and passing on of his legacy would be inspirational for future students.

"We believe that that simple act will inspire another young boy whether, in Rose Hill or a young girl in Bush Hall  or a young boy in Hindsbury Road to believe that they can be the best that they can be in this country or use his words 'they can go for the best' because Barbados must not settle for the bronze, it must not settle for the silver, it must go for the gold."