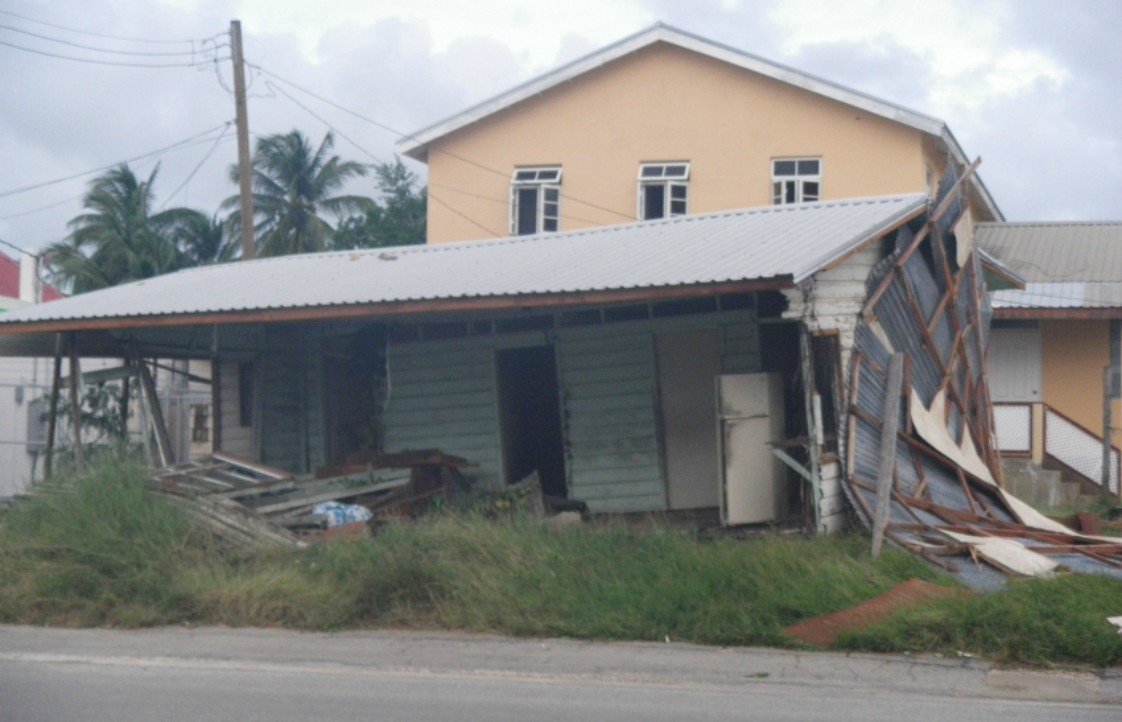 Government is being urged to reinstate Barbados’ National Catastrophe Fund, once mechanisms for its use have been developed.

Executive Director of the Caribbean Disaster Emergency Management Agency (CDEMA), Ronald Jackson, issued this caution during a courtesy call on Minister of Home Affairs, Edmund Hinkson, and Deputy Permanent Secretary in the Ministry, Celia Pollard-Jones, recently. He was accompanied by his deputy, Elizabeth Riley, and Planning and Business Development Manager at CDEMA, Andria Grosvenor.

Mr. Jackson noted that Barbados currently relied on the Caribbean Catastrophe Risk Insurance Facility (CRIF) in the event of damage or loss being experienced following a natural disaster, but warned that it should be seen as a last resort.

The Executive Director told the Minister that previously, Barbados was “triggering” funds for non-catastrophes such as Tropical Storm Matthew. “Barbados needs to look at its triggering point. You don’t want to claim for rainfall and wind damage,” he stressed.

Mr. Jackson advised that Barbados needed to adjust its policy to reflect the trigger in keeping with the losses likely to be sustained.

Deputy Executive Director, Elizabeth Riley, explained that CRIF was a parametric trigger which had no relation to the impact sustained. She used the example of Dominica, which received a payout from the Fund to the tune of US$19 million, but sustained US$1.3 billion in damages.

“You need to have your own fund because the CRIF will not cover all the costs you will experience,” Ms. Riley advised.

Meanwhile, the Cabinet of Barbados was also urged to give consideration to establishing a Continuity of Government plan, which would indicate how the leadership of the country would be secured in the aftermath of a disaster, and the challenges of communication to be used.

Such a plan, Mr. Jackson said, would be enacted if the key Ministries which ensured that the country continued to function were impacted.

He noted that the Governments of Dominica, Grenada, Haiti and the British Virgin Islands experienced challenges in getting back up and running following disasters in those respective nations.

In response, Mr. Hinkson acknowledged the concerns raised and indicated that his Ministry would look into them. He noted that Government was looking to implement a Roof Repair Programme to the tune of $5 million, as the Building Act was expected to be brought to Parliament soon.

The Minister added that Government had also committed to devising a regime for those with chattel houses valued at $225,000 or less, to have insurance. “We must not be naive to think that we will solve these problems overnight,” Mr. Hinkson submitted.

Other matters discussed included CDEMA’s role in responding to disasters throughout its member states and matters relating to funding.

Barbados gears up for hurricane season